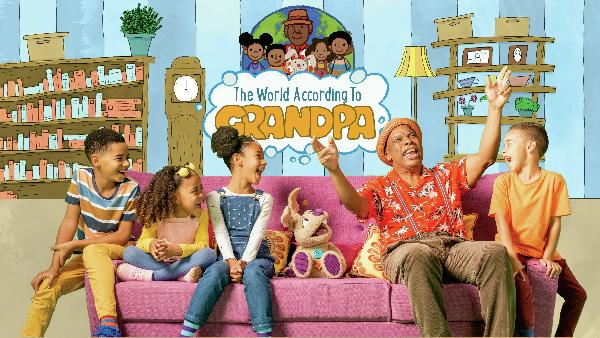 The BFI has published the final evaluation findings for the Young Audiences Content Fund (YACF), which concluded its three-year pilot in 2022. The findings from the independent evaluation details the success of the pilot, with 61 new commissions for young audiences supported and 160 development projects backed over the course of the three years.

The YACF, which was managed by the BFI and funded by the UK Government via the Department for Digital, Culture, Media & Sport (DCMS), supported the development and production of new, unique and distinctive, UK-made content, on public service broadcasters and platforms, for young audiences in the UK.

The evaluation report – created by external consultancy Bigger Picture Research – outlines how the YACF demonstrated social and economic value. The Fund proved an effective lever in delivering high quality public service content for young audiences across different genres and techniques, contributing to a more plural landscape in the industry and directly encouraged additional investment for projects, targeting this age group. The Fund helped to address key deficiencies identified by Ofcom’s Children’s Content Review, including the lack of original, high-quality programmes for older children across all genres; the limited range of programmes that help children understand the world; the limited range of original, high-quality programmes that enable children to see their lives on screen. It also addressed a lack of animated content for older children and teenagers, which had been reported by Animation UK.

Key findings of the evaluation included:

“We were proud to deliver the Young Audiences Content Fund pilot, and the evaluation demonstrates how successfully the team – expertly headed up by Jackie Edwards – delivered to the Fund’s ambitions and priorities,” stated Ben Roberts, BFI CEO. “The Fund leaves a legacy of excellent, award-winning programming that showcases UK creativity both at home and internationally, as well as having a hugely positive impact on our young audiences.”

“The evaluation has evidenced the transformational effect of the Young Audience Content Fund on a failing sector and has shown the positive economic, social, and cultural impact that targeted resource can have in delivering much needed public service television for children and teens,” added Jackie Edwards, Head of the Young Audiences Content Fund. “The Fund has stimulated commissioning of beautiful new content across all genres and for all young audiences, representing young lives from all across the UK. Moreover, these programmes have been much appreciated by the audiences they were made for. The Fund has underlined the need for focussed intervention to support content that specifically resonates and reflects, nourishes and supports, entertains, educates and inspires our young audiences – they deserve nothing less.”

Detailing the Fund’s high level of industry engagement, underlined by the 576 applications it received, the report confirms that with a total spend of £44.1 million, the YACF supported 61 new productions, equating to 287 hours of high-quality, UK commissioned content. As well as converting 9 per cent of its 160 development projects into broadcast commissions, the YACF also saw 13 shows recommissioned across three years.

The report states: “The YACF pilot provided proof of concept that highly targeted contestable funding, administered with rigour within a clear framework of strategic priorities, is capable of delivering social and economic value as intended.”

This year, final awards included Dance School (w/t), a new 8×30’ coming-of-age drama series from Duck Soup Films for Channel 4, and two shows for Milkshake!; Tweedy and Fluff, a stop-motion animated comedy, and MixMups, an animated pre-school series featuring a joyful on screen representation of disability to feature made by a team with lived experience of disability.

The Fund was also hugely helpful to the sector more broadly, with an estimated 6,976 roles for UK cast and crew created by YACF supported production and development awards, equating to 185,087 job days. A commitment to in-work training opportunities plus contributions to the Skills Investment Fund helped develop new and existing talent in the sector, whilst 85 per cent of participating companies gave examples of the positive impact their award had on business growth and commercial sustainability, new IP development, reputation building and talent development.

The release of the independent evaluation is accompanied by a final announcement of brand new projects which have benefited from the Fund’s support during the pilot, including a recommission of drama Bex for S4C, an engaging and entertaining drama format which explores relatable topics such as mental health, a companion show to Generation Genome, Generation Why for KMTV, which will explore philosophy, critical thinking and ethics for teens, and Christy Bella – Weaving Time for BBC ALBA, a 15-minute Gaelic documentary following the experiences of a nine-year-old first-time weaver.