A look back at iconic WWE returns in Royal Rumble history 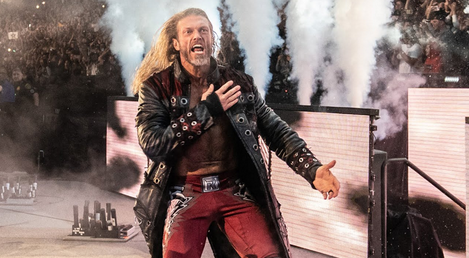 If there’s one thing the WWE universe loves, it’s an iconic comeback. And there’s no better time for one of these than January’s Royal Rumble… just when you thought the first Premium Live Event of the year couldn’t possibly squeeze in any more high-octane drama, a WWE legend is thrown into the mix.

From John Cena’s shock return in 2008 to Edge’s comeback in 2020 after 9 years on the shelf, the Royal Rumble has always been the ultimate playground for a phoenix to rise from the ashes. Who will return at this year’s Royal Rumble? Only time will tell…

In the meantime, here’s a look back at some of the most memorable comebacks in Royal Rumble history …

As aforementioned – after almost a decade after Edge checked out of the ring due to injury, the Rated-R Superstar made an epic return that left the entire stadium emotional. Edge was eliminatedafter 24 minutes, but the memory of his shocking return was imprinted in fans’ minds forever.

Speaking to ESPN, Edge famously said that when the music played and he made his long awaited return, he felt like he “could have beat King Kong’s ass.”

Bouncing back from a torn pectoral muscle injury, the legendary champ returned in 2008, much to the dismay of Triple H. Entering the ring in the coveted 30th spot, Cena annihilated those that remained, most notably Triple H, earning himself a ticket to Wrestlemania.

Rey Mysterio is the gift that keeps on giving. Just when you thought he was done, having waved goodbye to the universe four years prior, he stormed into the Royal Rumble in 2018 to take on Adam Cole, marking a new dawn for the Ultimate Underdog.

2018 marked the first year that the women of WWE got a Royal Rumble of their own. To mark this momentous occasion, and to bolster the roster of current female WWE stars, there were tons of twists, turns and iconic comebacks. Perhaps the most noteworthy was the return of wrestling legend Lita, who was asked to enter the ring just 24 hours before the match.

Back in 2021, rising NXT star and now Raw Superstar Rhea Ripley emerged as a surprise entrant, with a performance that laid the ground for her rapid rise within the universe. Now part of the notorious Judgement Day, Ripley has made gains in both her character and brute strength, establishing herself as a true contender to win 2023’s Royal Rumble.

WWE’s Royal Rumble will broadcast live from the Alamodome, San Antonio at 1 AM BST on January 29th 2023.  Fabs in the UK can tune in on the WWE Network or via BT Sport.