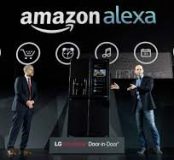 Voice assistants dominated this year’s Consumer Electronics Show (CES) in Las Vegas. But what really matters for media companies, says the DPP in its Survey Report: CES 2018, is that the show included televisions equipped with voice search for content.

The DPP reports each year from CES – the world’s biggest trade show. The report reveals the latest technology trends, and what they mean for the media sector. Uniquely, the report also sets the trends in the context of previous CES shows going back to 2010.

“Our ability to set CES in a longer term context, enables us to separate the really significant developments from the hype cycles,” says Mark Harrison. “This insight means that each year we are able to predict what we’ll see at the next show – and we were almost completely right again this year.”

The DPP has been charting the rise of the major platforms – Google, Amazon and Apple – in recent years and how they have developed an increasingly intimate relationship with consumers. It has also been predicting that voice search will have a profound impact on the way content is made, distributed and consumed – and the media supply chain required to meet that demand.

“Many will see CES as rather downbeat this year,” says Harrison. “But in our experience these less glitzy years often mark a major turning point. I believe 2018 will come to be seen as the year the global platforms became truly integral to both our personal and work lives – and to how we discover and access content.’