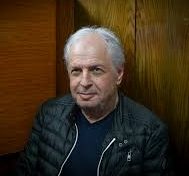 Israeli telco conglomerate Eurocom Group has been ordered by a Tel Aviv court to enter liquidation.

The business, which includes a 57 per cent stake in satellite operator Spacecom, and telco Bezeq, will start liquidation proceedings on May 3rd, according to a ruling from Judge Eitan Orenstein.

Eurocom is beset with legal problems, not least allegations against Bezeq (backed by Eurocom) and its controlling shareholder Shaul Elovitch (pictured), and which extend to Israel’s prime minister Benjamin Netanyahu in what is creating daily headlines in Israel.

Spacecom, which manages the Amos fleet of satellites, is up for sale, with Discount Investment Corp bidding to buy the assets. This bid is reportedly being challenged with a counter-offer from Raz Steinmetz, a nephew of billionaire Beny Steinmetz.