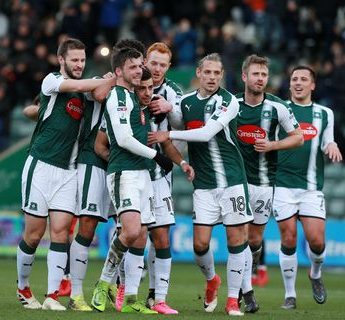 The EFL (English Football League) has confirmed its partnership with Quest, the Discovery-owned free-to-air TV channel powered by Eurosport, to become the new home of football highlights for the Sky Bet Championship, Sky Bet League One, Sky Bet League Two, Carabao Cup and Checkatrade Trophy, in a deal worth a reported £1 million. The highlights rights had previously been held by Channel 5.

Kicking-off from the 2018/19 season the four-year deal will see Quest provide 90 minutes of extensive match highlights, hosted by Colin Murray, in primetime at 9pm every Saturday night. Quest will also broadcast 10 hour-long highlights shows capturing all the action from every round of mid-week fixtures. In addition, Quest will present eight, hour-long highlights shows from the Carabao Cup and Checkatrade Trophy as part of the arrangement.

Quest is available in 27 million homes across Freeview, Freesat, Sky, Virgin Media and BT TV. With a monthly reach of 12.4 million, Quest is Discovery’s largest channel in the UK, and enjoyed its best ever first-quarter performance in 2018.

EFL Chief Executive Shaun Harvey commented: “As our new official highlights partner, we’re looking forward to working with Quest over the next four years. This new partnership will provide excellent coverage of EFL football for supporters of our Clubs on a free-to-air platform at a primetime slot of 9pm on a Saturday evening. In addition the Carabao Cup and Checkatrade Trophy highlights will also be available alongside special mid-week shows to ensure that fans are kept fully updated with what’s happening across our competitions.

“As an experienced broadcaster, Clubs and their fans will be able to access high quality coverage on a channel that is committed to making the EFL highlights programme one of its flagship shows, led by the talented and respected host in Colin Murray, who has become a strong advocate for the work the League is undertaking both on and off the pitch. Quest is the largest channel in the Discovery portfolio with over 12 million people tuning in each month and alongside the rights based programming, they will utilise their existing and emerging digital platforms to enhance the experience for fans to help tell the EFL story as the new season starts to unfold,” Harvey concluded.

Simon Downing, Head of Quest & Eurosport UK, added: “We are proud to be partnering with the EFL to bring match highlights to millions of fans across the UK. It’s our shared ambition to make coverage of these competitions accessible to as many people as possible, across all consumer platforms. We aim to deliver a high-quality free-to-air highlights show that is accessible, catering for all football fans and leveraging the reach of digital platforms to engage more people with the EFL, its clubs and competitions.”