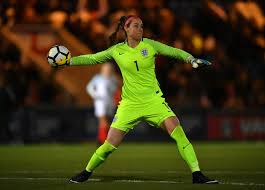 Consumer insights consultancy Netfluential has published a survey that reveals UK TV viewers believe that BT is doing more to televise women’s sport than other media platforms including the BBC, Sky, ITV, Channel 4 and Facebook.

Conducted in January 2019 among a nationally representative sample of 10,000 people, the findings showed that more than half of viewers (52 per cent) thought the BBC should be doing more to encourage women to participate in sport. The comparative figures were 50 per cent for Sky, 44 per cent for ITV, 36 per cent for Channel 4 and 33 per cent for Facebook. At 31 per cent, BT had the most favourable response.

Overall respondents were united in their view that broadcasting more women’s sport was a positive move. 71 per cent of UK adults agreed that showing more women’s sport would be good “because it will have a positive effect on girls and women taking part in sport.” Netfluential’s framework for identifying the emotional needs of different consumer groups supports this view and underlines the importance of having female role models across the media. A majority (61 per cent) of young women agreed they would “feel more confident if there were more people like me on TV”, versus 43 per cent of the general population.

BT is leading the way in challenging this situation and has a concerted strategy to do more to celebrate women’s sports on TV. BT Sport is the only mainstream TV provider to televise the FA Women’s Super League football matches on its main sports channel, with the BBC in comparison offering games online or via the red button. BT Sport also provides coverage of 21 WTA (Women’s Tennis Association) tournaments each year and celebrates the achievements of women in sport at its annual BT Sport Action Woman of the Year awards.

Netfluential CEO Jeroen Verheggen said: “Our research points to a growing demand in the UK for women’s sport on TV, and in most cases, we can see that this need isn’t being met by the mainstream broadcasters. By taking a leadership role, BT has the advantage of not only connecting with sports fans today, but of reaching the next generation of fans and players – particularly younger female audiences. With the positive impact of women in sport being broadcast on TV, we’re looking ahead to see how other broadcasters will respond.”