Minal Modha, Consumer Research Lead at Ampere Analysis, said “The growth in SVoD subscribers in both regions will come as welcome news, particularly to those looking to enter the market this year such as Disney and Apple as it shows there is still room for growth and the opportunity to take a share of the revenue.” 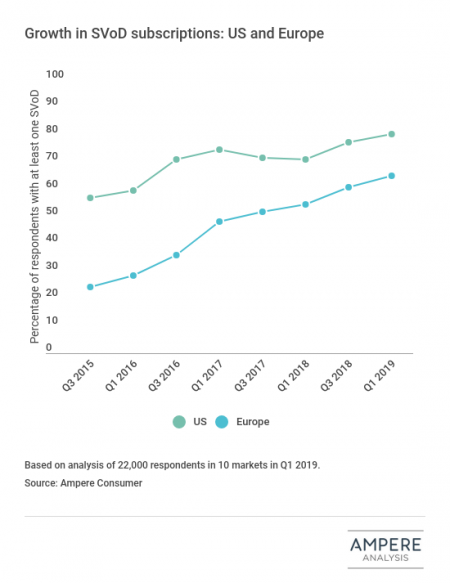