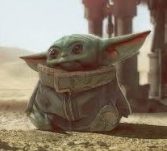 Disney+’s live-action Star Wars series The Mandalorian looks like a key driver for the SVoD platform as interest levels top those of rival Apple TV+ exclusives The Morning Show and See.

The Mandalorian maintained a higher relative interest level than The Morning Show throughout its entire run, despite Disney+ being available in only six markets, according to Ampere Analysis. The trend highlights what may turn out to be Disney’s trump cards: its cross-promotional, brand and franchise power. Based on Google Trends in the past 90 days, Apple originals The Morning Show and See are the most searched Apple shows since the platform launched globally on November 1st 2019. Interest in searching for the two shows dropped significantly two weeks after launch of the service.

Disney’s streaming service is currently available in the US, Canada, Netherlands, Australia, New Zealand and Puerto Rico, while Apple TV+ has launched in over 100 countries. Disney’s brand power is highlighted by the fact that even in some countries where Disney+ has not launched, the Star Wars series maintained a higher popularity than the Apple shows, and interest was sustained throughout its release period.

Disney’s $15 million an episode investment seems to have paid off: The Mandalorian has the same ‘critical rating’ as Friends based on Ampere’s proprietary quality measure. Further leveraging its franchises, upcoming shows on Disney+ will include more spin-off shows such as The Clone Wars from Star Wars and WandaVision from Marvel Studios.

Apple has recently made moves to boost the content offer of its new platform with press reports suggesting it is in negotiations with MGM to acquire the media company. Should the acquisition go ahead, Apple TV+’s library could potentially reach the catalogue size of Disney+, and it would be able to create spin-off shows from the studio, which owns franchises including James Bond, Stargate and Rocky.