Mobile-only streaming platform Quibi went live in the US and Canada on April 6th. Preliminary estimates from Sensor Tower’s Store Intelligence platform reveal that more than 300,000 mobile users in the service’s launch markets installed the app on launch day.

As the chart below shows, this debut placed Quibi at 7.5 per cent of the approximately 4 million installs seen by Disney+ in the US and Canada when it launched there on November 12th 2019. HBO NOW, in comparison, was installed approximately 45,000 times at its launch on April 7th 2015, five days ahead of the Game of Thrones season five premiere. 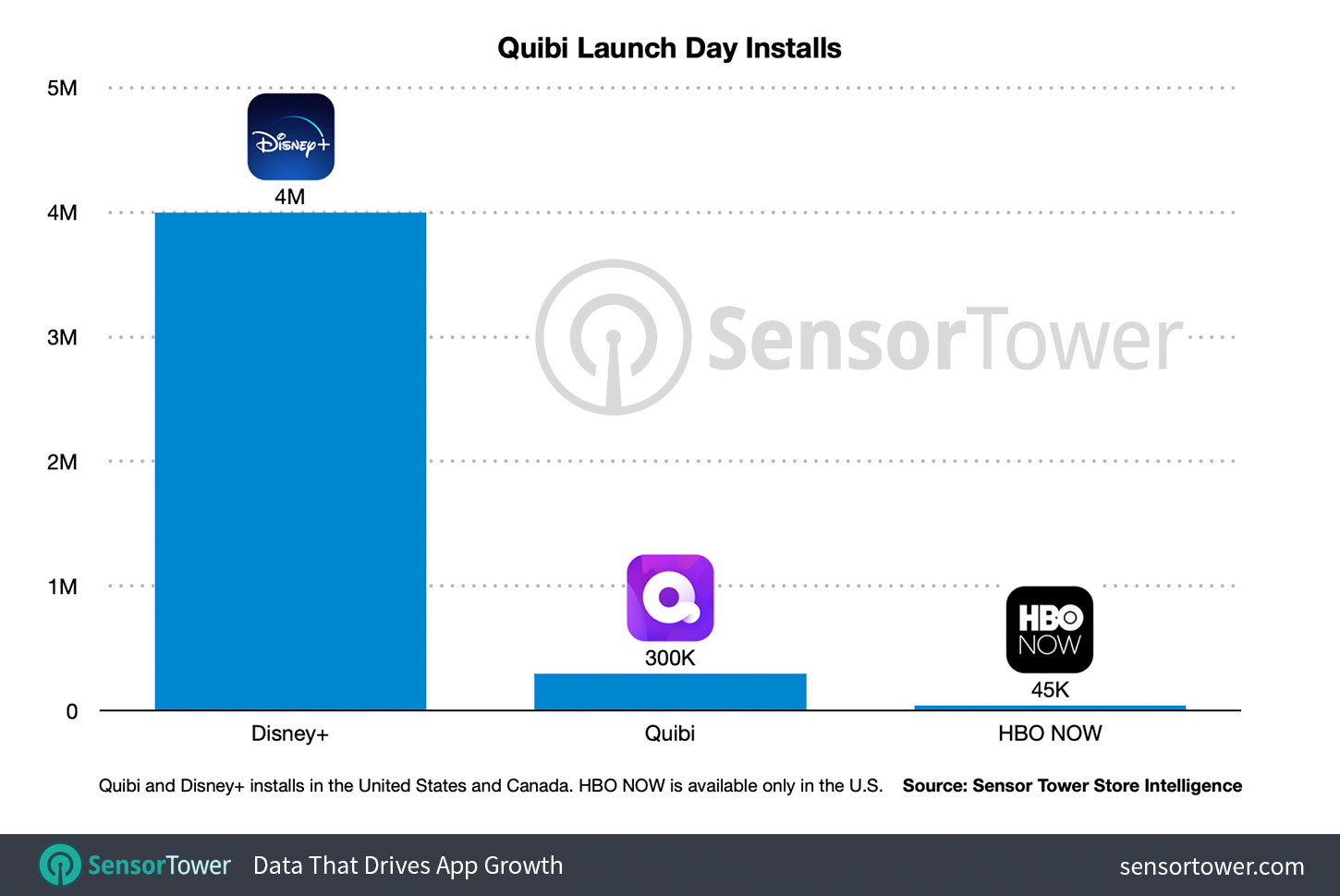 Launch titles include Most Dangerous Game, (an action thriller starring Liam Hemsworth and Christoph Waltz), sports news round-up The Replay by ESPN, reality series Thanks a Million, and Chrissy’s Court, in which model and TV presenter Chrissy Teigen presides over small-claims court.

Quibi says it will release some 8,500 episodes across 175 shows in its first year.