One is in Gravelines, almost precisely on the French/Belgium border and which will cover almost all of the UK and Ireland. The licence for this location was granted on July 8th.

Two others are also located in France at Villenave-d’Orbon and Belin-Beliet. Villenave was granted on August 17th while Belin-Beliet was authorised on June 30th.  Both are located in the south-west of France.

As yet, it is uncertain as to whether the Belin-Beliet site will be activated. Both sites would provide near-total coverage over France, most of Spain and around 50 per cent of Portugal.

The Gravelines site is said to have excellent 24/7 security and already hosts a major data-centre with fibre connections and power redundancy. 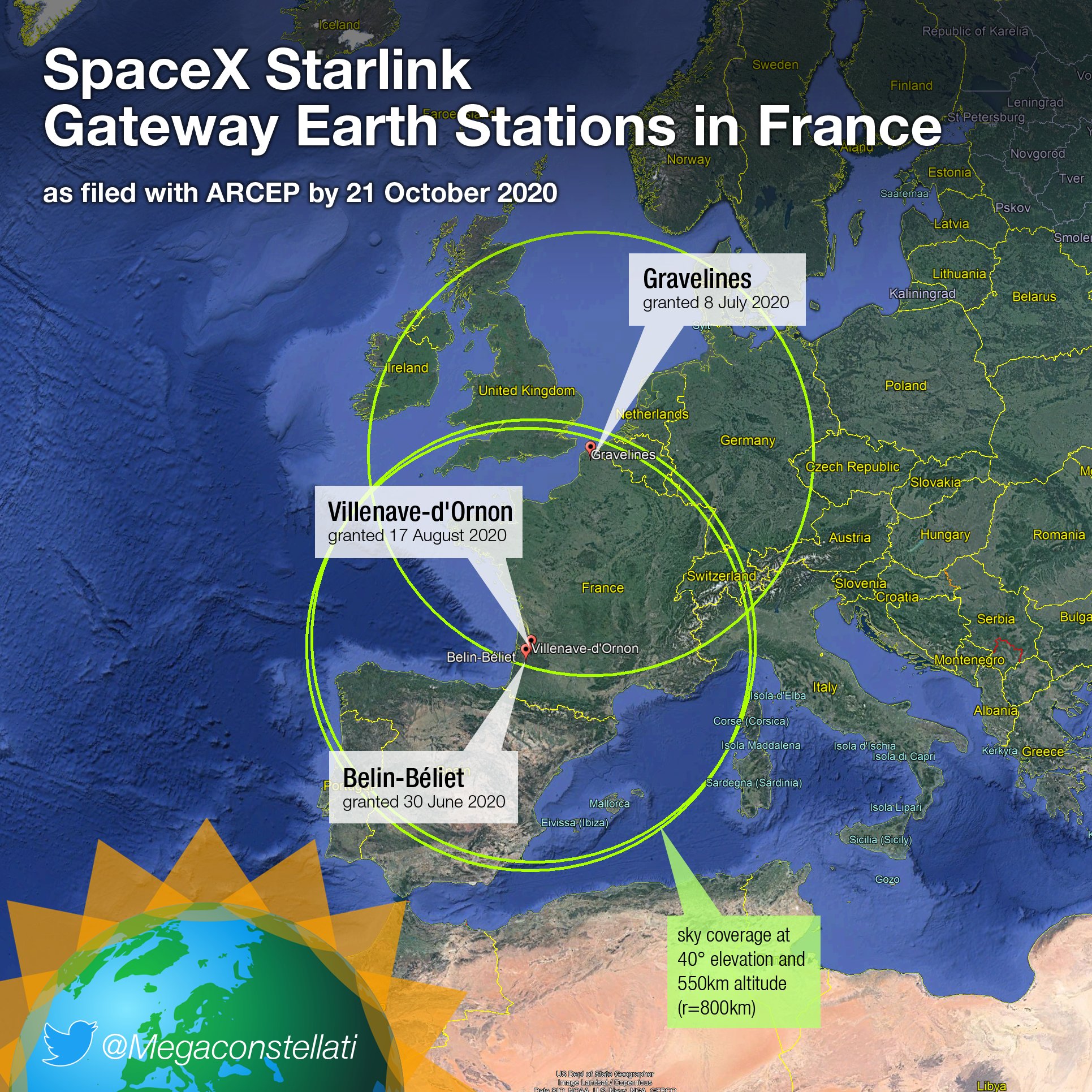