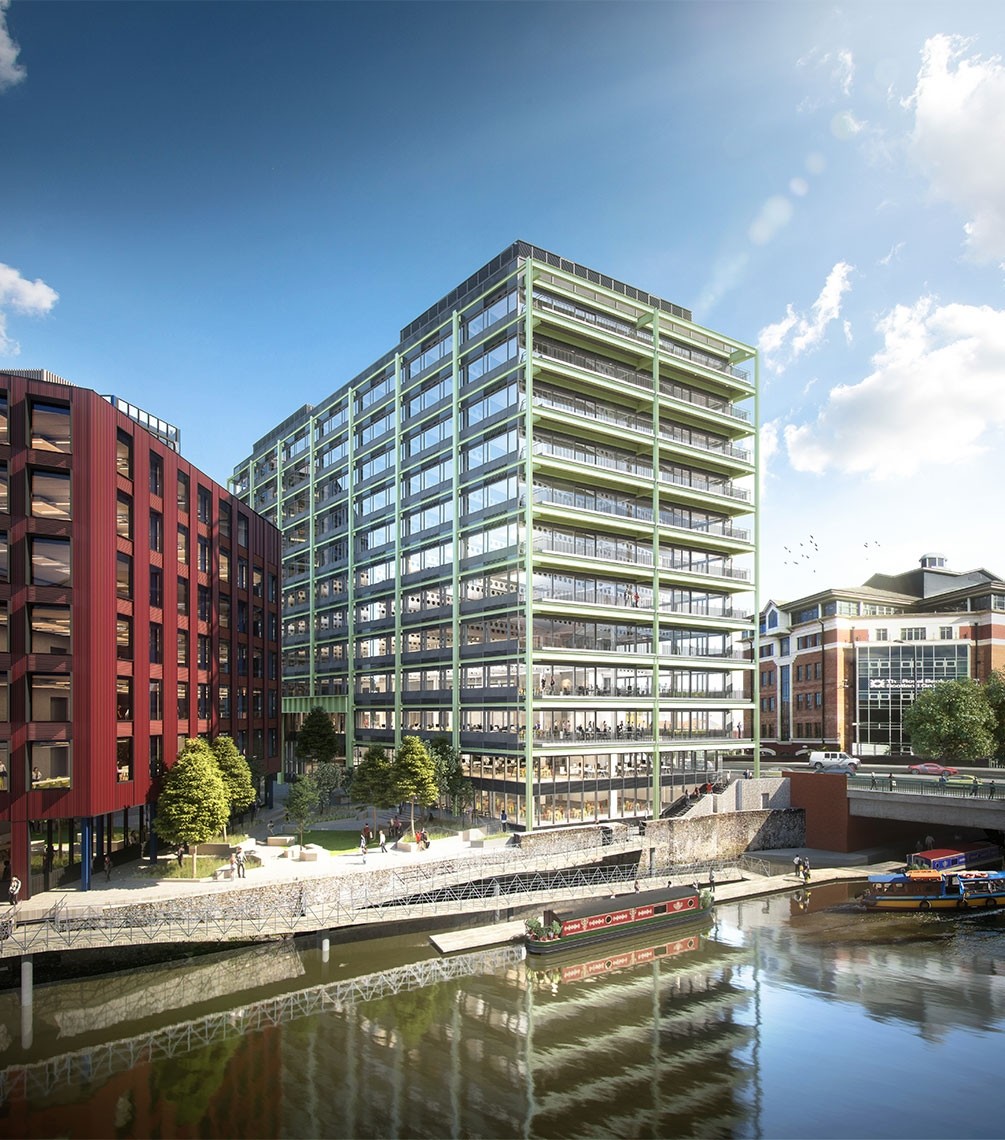 BT Group has revealed that it plans to move into its new office in the centre of Bristol in early 2022.

Bristol has been announced as one of BT’s key locations in the UK, with the new office acting as a hub for more than 2,000 colleagues in the city and wider region. Construction of the 13-storey waterfront development is underway, with the work due to be completed next year.

The development represents a multi-million pound investment by BT in the Bristol area, with the company due to increase its presence significantly in the city in the coming years. Ahead of the move to the new building, BT has acquired the lease on a temporary building in the centre of the city that has seen some staff moving there this year.

While the majority of BT colleagues will continue to work from home over the coming months due to the coronavirus outbreak, the company says it is committed to creating new and modern workspaces for staff to return to, when government and public health guidance allow.

The announcement is part of BT’s ‘Better Workplace Programme’ – one of the largest workplace improvement and consolidation schemes of its type ever undertaken in the UK. Bristol was announced in June 2018 as one of the first locations that will house BT’s workplaces of the future as part of the programme. The five-year programme will improve and consolidate BT’s footprint of corporate offices, contact centres and specialist sites across the UK.

Mayor of Bristol Marvin Rees said: “This investment will create a new, modern workspace in the heart of the city and will contribute to the ongoing transformation of Temple Quarter. We are delighted that this will bring skilled jobs and growth into Bristol and the west of England as we recover from the Covid-19 pandemic.”

Graeme Paton, BT’s managing director of Property and Facilities Services, said: “Our new buildings will bring our people together in an impressive and modern environment, transforming the way we work. Excitingly, they will become strategic locations for BT in the UK with a considerable increase in the number of colleagues based there. We hope our colleagues will be inspired by the new spaces, which will give them the tools and environment to be able to thrive. We’re modernising the way we work as a business, by simplifying our products and processes, moving to the latest IT platforms and investing in future-fit workspaces. Our move to Assembly Bristol is part of this modernisation process. Our Assembly Bristol building will boast panoramic views over the floating harbour and across the city, as well as incorporating outstanding design features, including rooftop terraces and exceptional communal spaces.”

Paul Coles, BT Group’s English regions director, added: “Bristol has already been revealed as one of our key cities and I’m excited that we can now reveal when colleagues will start working from this impressive, state-of-the-art building in the heart of the city. This will be a great workspace for staff, in the thriving Bristol Temple Quarter, and represents our future vision as a company. I’m really pleased we’re able to make this long-term commitment to Bristol during an incredibly difficult time for our economy due to the pandemic. Our new office spaces and increased presence in the city will make us one of the largest employers in the area.”