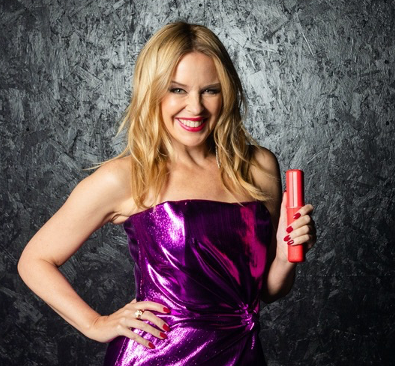 UK music streaming service ROXi has confirmed that pop legend Kylie Minogue has joined Robbie Williams a major shareholder in the company and will star in the new ROXi TV Ad Campaign which debuts nationwide on over 100 UK TV channels later this week.

The star in ROXi’s new national TV advertising campaign launching this week, Kylie also joins the company as a ROXi Curator sharing her exclusive playlists on the service.

“Music is my life’s great passion and I’m excited to be joining Robbie, Sheryl and the rest of the Curation Team at ROXi,” declared Kylie. “I can’t wait to share my playlists and the music I love with you all on ROXi.”

“We’re delighted to welcome Kylie to ROXi,” commented ROXi CEO Rob Lewis. “She’s the world’s favourite Australian export and has sold more than 80 million albums worldwide with seven number ones in the UK alone. Having Kylie join the team at ROXi will help us to deliver on our vision to get everyone listening together, singing together, dancing together, playing together, with ROXi.”.