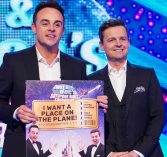 UK broadcast regulator Ofcom has found that commercial PSB ITV failed properly to implement and execute procedures that are fundamental to ensuring compliance with rules regarding the operation of its broadcast competitions and the relevant licence conditions.

The broadcaster identified six broadcast competitions, which ran between 2016 and 2019, where a proportion of eligible postal entrants were excluded.

ITV runs regular broadcast competitions in programmes across several of its channels. These competitions normally invite viewers to participate by submitting their entry by telephone call, text message, ITV’s website or post. While a premium rate charge is normally applied to telephone, text message and online entries, those entering by post incur a delivery charge only (i.e. the cost of a stamp).

Television broadcast competitions that feature at least one premium rate method of entry are subject to third-party verification of the proper handling of entries. ITV notified Ofcom that, through this verification process, it had identified an issue that affected some postal entries to a viewer competition promoted during Good Morning Britain and Lorraine between March 8th and April 18th 2019.

ITV said the issue resulted in a proportion of eligible postal entries being excluded from the selection pool of potential prize winners. It added that an internal investigation had identified similar issues affecting a further five competitions promoted during the following programmes:

In all cases, some viewers who participated using the postal entry route had no chance of being selected to win the competition.

Ofcom considered these broadcast competitions raised potential issue under Rules 2.13 and 2.14 of the Code.

Additionally, Ofcom considered these incidents raised potential issues under separate licence conditions regarding the handling of communications from viewers.

ITV said it takes care when conducting viewer competitions, which are underpinned by principles of honesty, integrity, transparency, accuracy and fairness. It explained that its paid entry competitions and prize draws have used post as the free route of entry since 2014, and that it publicised this route at the same time as other routes of entry. It added that it does not discriminate between paid and postal entries when selecting winners.

ITV acknowledged that all valid entries should have been included in the original selection process for these competitions and that postal entrants would have participated on the understanding that a valid entry by the free postal route would have been entered into the selection process. However, it argued that nothing in the promotion of the affected competitions was materially misleading and the terms and conditions accurately reflected ITV’s process, adding that it was not ITV’s intention to exclude any valid free postal entries. ITV contended that, while some entries were excluded, this did not result in actual financial loss to the postal entrants.

ITV said it deeply regretted the errors in the handling of its postal entries in the relevant competitions and apologised to all affected entrants. It asked Ofcom to consider the steps it had taken to mitigate any potential harm and prevent such incidents happening again.

ITV also responded to Ofcom’s Preliminary View that ITV had breached Rules 2.13 and 2.14 of the Code and licence conditions regarding the handling of communications from viewers. It repeated its deep regret for the errors. It also reiterated that the number of entrants affected was a very small proportion of total number of entries submitted, across a very small percentage of competitions (less than 1 per cent of competitions in the period). It also submitted that the exclusion of the postal entries was not a result of any attempt by ITV to treat postal entries less fairly and at the time when each competition was publicised to viewers it had no reason to believe that subsequent errors would mean some of these entrants would stand no chance of winning.

Following further representations from ITV and Ofcom’s consideration of the broadcaster’s attempts tto address the issue, it decided that ITV failed to take reasonable care through its processes to ensure the competitions were conducted in such ways as to provide fair and consistent treatment of all eligible entries.

“We acknowledge the volume of ITV’s broadcast competitions across its programming and that the number of affected competitions in this case was small compared to the amount of competitions the Licensee operates overall,” said Ofcom. “We also recognise the proactive way in which ITV dealt with the issue by notifying Ofcom and immediately setting about to determine the extent and cause of the problem, and how it could avoid a recurrence. However, in Ofcom’s view, ITV failed to properly implement and execute procedures that are fundamental to ensuring compliance with rules regarding the operation of its broadcast competitions and the relevant licence conditions,” it concluded.

Julian Knight MP, Chair of the UK House of Commons’ Digital, Culture, Media and Sport Committee, said it was “beyond belief” that one of the UK’s major broadcasters failed to follow proper procedures over a period of three years with more than 40,000 people duped into believing they had a chance of winning. “These competitions were associated with some of ITV’s biggest brands, including Good Morning Britain, and ITV was right to refer itself to Ofcom with the full scale of the breach now being made clear. People must be able to trust our public service broadcasters – failures on this level risk damaging that trust,” he declared.