Disney has announced a slate of ten European productions for its Disney+ streaming platform.

The projects, which span Germany, France, Italy and The Netherlands, mark the start of Disney’s plan to commission 50 productions in Europe by 2024.

Diego Londono, EVP, Media Networks and Content, The Walt Disney Company EMEA commented: “Our commissioning strategy showcases our commitment to producing world-class original content, tailored to local markets but with the creative ambition to appeal to audiences across the globe. Europe has a global reputation as a creative powerhouse, which combined with Disney’s expertise in high-quality storytelling and its relationships with top talent on and off screen will ensure Disney+ is the go-to destination for compelling and engaging entertainment in Europe.”

The European originals will sit alongside the global slate confirmed at the Disney Investor Day event in December 2020.

The first European productions are:

Oussekine, a four-part Star Original mini-series, examines the true events of December 5th 1986, that led to the death of a young student, Malik Oussekine. Centred on his family’s fight for justice, the series will explore the enormous impact this high-profile case had on French society. Oussekine is created and directed by Antoine Chevrollier and co-written by Faïza Guène, Julien Lilti and Cédric Ido.

Parallels, from creator Quoc Dang Tran and co-written by Anastasia Heinzl, is a Disney+ Original fantasy series following four teenagers, whose lives are turned upside down when a mysterious event propels them into parallel dimensions.

Weekend Family, a Disney+ Original, is a jubilant comedy that chronicles the life of a new stepfamily that meet up every weekend. But when the father gets into a relationship with a new partner, the weekends take on a whole new turn.

Soprano: Sing or Die, a Star Original documentary series, will offer unique and exclusive access to one of France’s most popular recording artists (pictured) as he and his crew get ready for a massive stadium tour in Summer 2022. 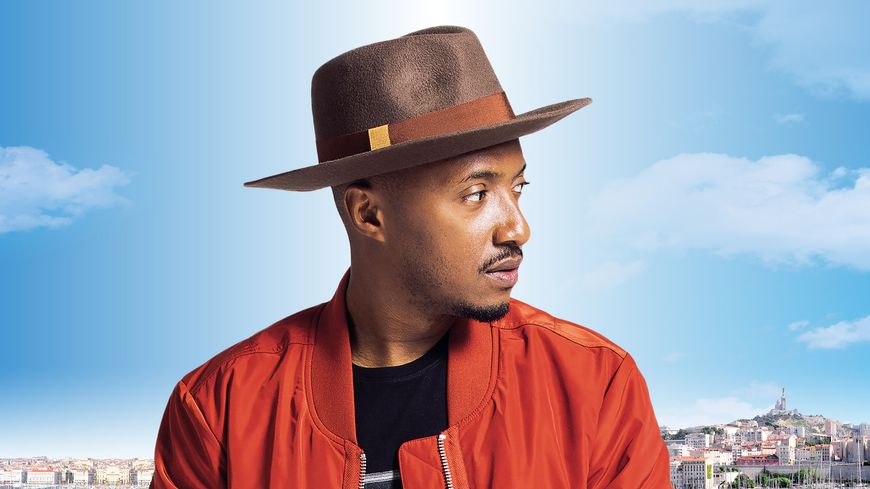 The Good Mothers, offers a twist on the crime genre: this is the mafia seen entirely from the women’s perspectives. A Star Original for Disney+, the series is executive produced by Juliette Howell and Tessa Ross for House Productions and Mario Gianani and Lorenzo Gangarossa for Wildside, written by BAFTA Award-winning Stephen Butchard and based on the book by Foreign Press Association award-winning journalist Alex Perry.

Star on Disney+ will see the return of fan-favourite comedy series Boris: a show-within-a-show format that generated three seasons and a movie. Originally set behind-the-scenes of a fictional low-budget drama series The Eyes of the Heart, the new season reunites the original crew.

A romantic drama inspired by the Italian box office hit and cultural sensation Le Fate Ignoranti, The Ignorant Angels is a Star Original series from Turkish-Italian director Ferzan Ozpetek. When Antonia’s husband Massimo is killed in a car accident, she discovers that he has been having a same-sex affair with a man named Michele. She’s devastated at the news, but the straight-laced Antonia finds herself building an unexpected and moving friendship with Michele and his circle of misfit eccentrics. The Ignorant Angels is produced by R&C Productions.

Greenlit for Germany is the true-life drama Sam – A Saxon. From Big Window Productions, this is the real-life story of Samuel Meffire, East-Germany’s first black police officer. The series shows how Meffire became a media sensation and a symbol of modern society in the post-reunification 1990s.  But just a few years later, he ended up behind bars himself, as an enemy of the state. Sam – A Saxon is produced by International Emmy Award-winner Jörg Winger and Tyron Ricketts.

The German dark comedy Sultan City, from up-and-coming producers Ayla Gottschlich and Aysel Yilmaz and head writer Ipek Zübert, follows the respectable matriarch of a German-Turkish family who accidentally becomes the head of a criminal underworld, and discovers she and her daughters have a talent for the business.

Feyenoord Rotterdam is a sports documentary for the Netherlands.  Produced by Lusus Media, this much-loved football club has opened its doors to reveal what really happens off the pitch.

A seperate UK slate will reportedly be announced soon.