The Paramount+ streaming service launched in Latin America on March 4th, and data from JustWatch, the international streaming guide, has revealed the top content after its first week in service.

The SpongeBob Movie: Sponge on the Run, which was released last year, was the most watched movie on the platform, whilst most of the rest of the top 10 is made up of classic movies just as The Godfather and titles from the Indiana Jones quadrilogy. 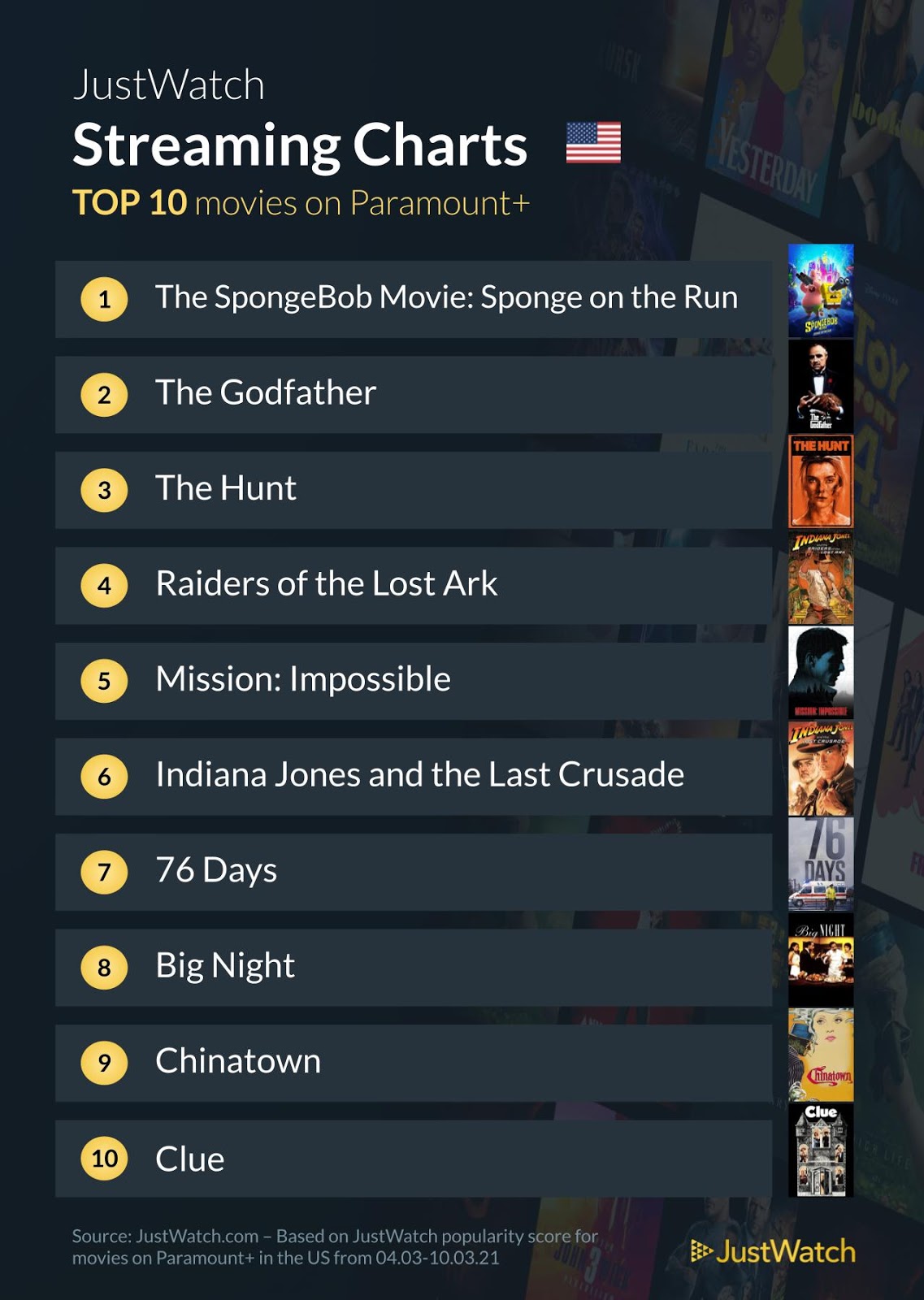 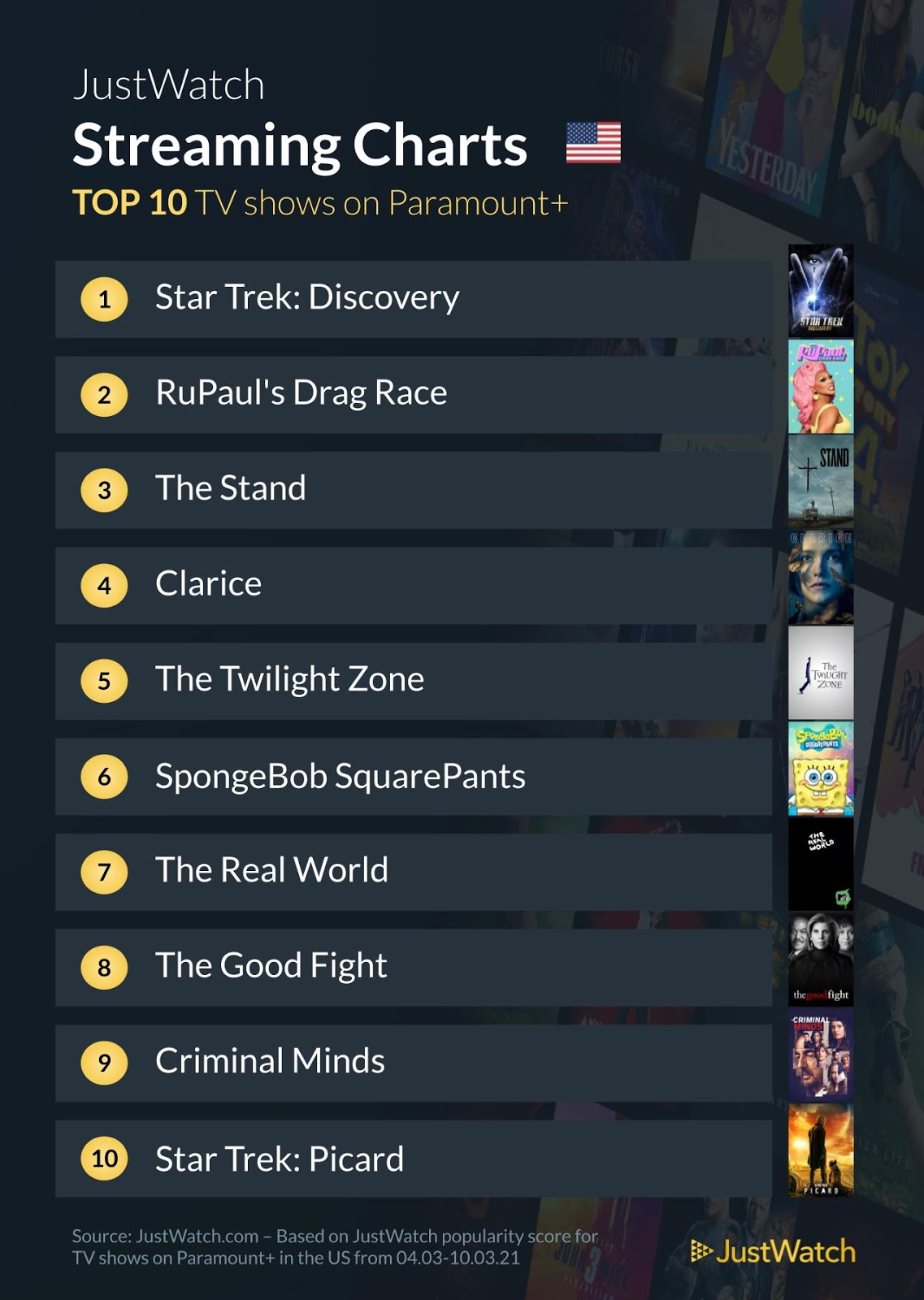