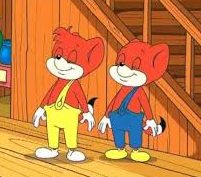 Spearheading the launch is the children’s entertainment brand Fix & Foxi. It is part of Munich-based Your Family Entertainment AG, the European independent kids content company. Originally created by Rolf Kauka, the cartoon characters Fix and Foxi have their own popular television channels on 4 different continents: a German-language version in the German-speaking region, an English/Arabic version in the Middle East/North Africa region, and an English/Neutral Spanish version distributed around the world.

“The German language is important as the native language of almost 100 million people around the world. With a dedicated new channel in German on Playground TV called ‘Die Kleine 9’, powered by German hit cartoons from Your Family Entertainment AG, we will be able to let the German-speaking kids across Europe enjoy cartoons in their native tongue,” says Daniel Nordberg, CEO of Playground TV.

Bernd Wendeln, CEO of Your Family Entertainment AG, added: “We are very excited to work with Playground TV. The platform’s commitment to providing kids all over Europe with cartoons to help them strengthen their language skills fits perfectly with our focus on fun and educational content.”

Die Kleine 9 channel will launch with hundreds of episodes in German. Available titles include Fix & Foxi, Die Drachenjäger, Sherm! and Da Boom Crew among others, all provided by Your Family Entertainment AG.