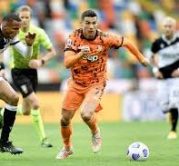 Italy’s Serie A football league has sent a letter to DAZN seeking clarification on the technical problems faced by the streaming platform during the transmission of last weekend’s matches.

The country’s top football clubs are also asking for guarantees that these issues will be resolved in time for the next round of matches.

Some football fans took to social networks to complain over the “grainy” video images, “black screens” and buffering problems. However, there were also many who experienced no problems.

DAZN has explained that the problems occurred due to a “spike”, or an overload, of one of the Content Delivery Networks (CDN) that provide services for OTT operators.

DAZN says that the problem affected a limited number of users and was rapidly resolved by redistributing the traffic across other CDNs.

Just days before the start of the 2021/2022 season, the streaming platform boasted it had implemented concrete technological upgrades and that it now relies on the services of six different CDNs. It also claimed that reception was possible via fibre and mobile networks, with a minimum 2 Mbps connection required for SD resolution and 8 Mbps or higher for HD quality images.

For its part, Italian consumers association Codacons points out that DAZN has shown the “same inefficiencies as last year” and is asking for immediate refunds for subscribers.

From this season, DAZN is the exclusive broadcaster of seven Serie A football matches every week, while for the remaining three it shares the TV rights with Sky Italia.