UEFA and AMC Networks International – Central and Northern Europe (AMCNI – CNE), which operates Sport1 and Sport2, has reached an agreement for the broadcast of Slovakia’s national football matches exclusively live on Sport1 from 2022-2028. In addition, AMCNI – CNE has secured a package of European Qualifiers and UEFA Nations League matches for a further six years.

Sport1 and Sport2 have acquired exclusive live rights to 30 Slovak national football team matches between 2022-2028. The package will include the qualifying matches of the UEFA Euro 2024, UEFA Euro 2028 and 2026 FIFA World Cup, as well as UEFA Nations League clashes and friendlies. The Slovak national team will first appear on Sport1 in June 2022, when the 2022-23 UEFA Nations League will kick off. The draw for this will take place on December 16th in Montreux, Switzerland. The qualifying rounds for the UEFA Euro 2024 in Germany will take place between March and November 2023 and the Play-offs in March 2024, while the qualifying schedules for the other two global events involved (the 2026 FIFA World Cup and the UEFA Euro 2028) are not yet finalised.

In addition, AMCNI – CNE has extended its cooperation with UEFA until 2028 for all other Qualifier matches and UEFA Nations League matches. For the next six years, Sport1 and Sport2 will continue to be the two channels in Slovakia and the Czech Republic that will broadcast all UEFA matches in the national teams’ UEFA fixtures and will be the only channels to show Europe’s strongest national teams. The package will include a total of 1,500 matches, with the best matches shown live on each match day, and a delayed coverage of the Czech national team. 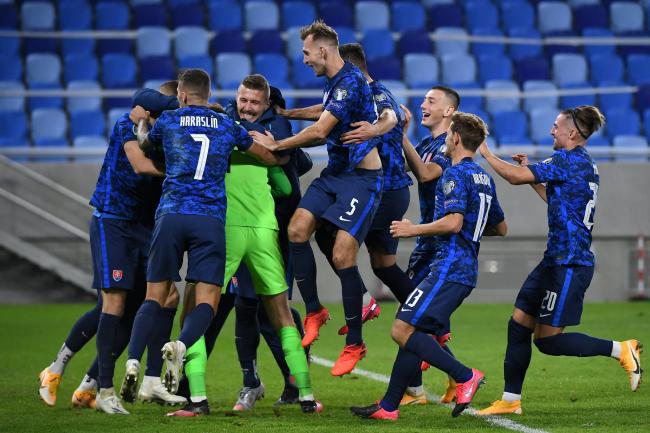 “We are immensely proud to support the Slovak national team on Sport1 and Sport2 and look forward to seeing them do well in the qualifying rounds and in the UEFA Nations League. This acquisition will further increase the number of our locally televised football matches in Slovakia and the Czech Republic which are vital for football loving audiences. The agreement complements our current UEFA Europa League and UEFA Conference League where we broadcast matches for Jablonec, Slavia Praha and Sparta Praha along with a host of other premium sports rights,” said Marcel Mares, Country Manager, AMCNI – CNE.