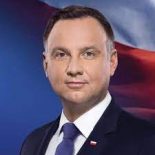 Polish president Andrzej Duda has vetoed a bill on international media ownership that would have forced Discovery to sell its majority stake in Poland’s biggest independent broadcaster, TVN. Duda said he had decided to use his veto, warning that the bill could breach a deal on trade relations that Poland had signed with the US.

The draft law, put forward by MPs from the conservative-nationalist Law and Justice party (PiS), drew fire internationally, with the US warning that it posed a threat to media freedom and the investment climate. The law would have prevented companies from outside the European Economic Area owning controlling stakes in Polish media groups.

“The majority of my countrymen . . . don’t want more fights. And my job as president is to act in such a way as to avoid these fights,” he said. “If we signed a deal — and we did sign a deal — we have to keep it. If we don’t keep our deals with others, others won’t keep their deals with us,” said Duda, who has been an ally of PiS outside of this issue.

Discovery hailed Duda’s decision as a “victory for the Polish people”.

“We commend the president for doing the right thing and standing up for core democratic values of a free press and the rule of law, and we want to thank all the viewers and everyone that has supported this important issue,” the company said.

PiS MPs had argued that the bill was necessary to prevent companies from undemocratic states from taking control of Polish media, with the party’s leader, Jaroslaw Kaczynski, at one point claiming Poland needed to protect itself from the entry of money launderers and “narco-businesses”.

However, international observers and local critics saw the move as a blatant move by PiS against TVN which it saw as overcritical of the government.

Duda said he generally supported the idea of limits on foreign ownership of Polish media groups, pointing out that other countries had such restrictions, and called on Poland’s parliament to consider such legislation. But he said that this should apply to future investments, not those already in existence. He noted that TVN had been granted a licence to operate in Poland, and was “carrying out its economic activity […] in an entirely legal manner and one approved by the Polish state”, and questioned whether the six-month deadline that the law would have set for the company to sell its controlling stake would have allowed it to receive a fair price.