Channel 5 grew its share of individuals viewing, ABC1 viewers and free-to-air portfolio more than any other terrestrial channel in 2021, according to BARB data.

2021 was the channel’s strongest year since 2009, with a year-on-year increase amongst ABC1s 7 per cent. Growth of share of both audiences rose by a higher margin than any other terrestrial broadcaster. Additionally, the free-to-air digital portfolio grew by 5 per cent, making it the best year ever for the Channel 5 family of channels.

Drama was a key contributor to audience growth – The Drowning (pictured) peaked at 5.1 million and a 22 per cent share in February, while the second series of All Creature Great & Small hit a series high of 4.4 million / 21 per cent in September. In the factual arena, Our Yorkshire Farm continued to be a hit, averaging 3.6 million / 16 per cent across the series. Other top rating shows included Inside Chernobyl With Ben Fogle, The Disappearance of Shannon Mathews and Ben Fogle: New Lives in the Wild – all with over 2.5 million viewers. 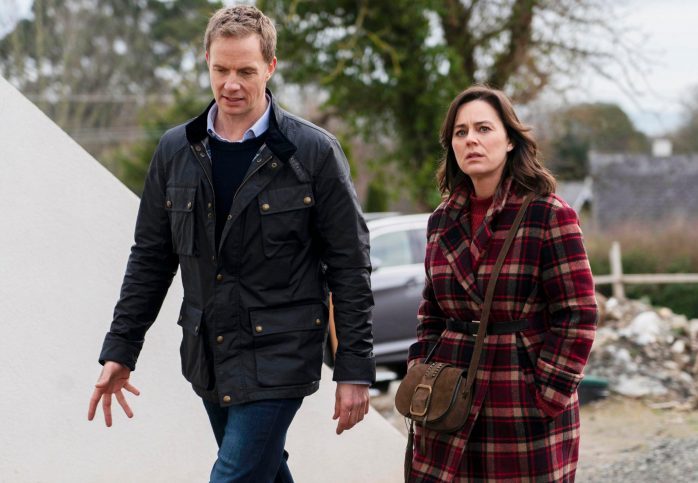 The 7pm and 8pm timeslots had the highest ever year for share of viewing, up 14 per cent and 13 per cent respectively, year-on-year, in addition to success in peak, year-on-year. Key titles driving this included talent-led series Susan Calman’s Grand Days Out; Adrian Dunbar’s Costal Ireland; Gardening with Carol Klein and Sally Lindsay: Britain’s Poshest Sleep Over along with The Yorkshire Vet: Springtime on The Farm.

Elsewhere in the schedule, the channel saw strong performances from royal and observational documentaries including Kensington Palace: Behind Closed Doors; Dogs Behaving (Very) Badly and Casualty 24/7.

Channel 5 completed a successful year with a strong performance over the Christmas period, its highest festive fortnight since 2005, claiming a 5.23 per cent share.

Christmas Eve was the channel’s highest day of the year overall, thanks to a festive special of All Creatures Great & Small which attracted 4.2 million viewers and a 21 per cent share, making it the most popular programme on TV across the hour.

My5 also saw a string of highly successful documentaries drive growth early in 2021. Inside Chernobyl with Ben Fogle is My5’s best performing documentary of all time, closely followed by The Disappearance of Shannon Mathews and Lost Boy: The Killing of James Bulger.

Ben Frow, Director of Programmes, ViacomCBS Networks UK, said: “I’m pleased that 2021 was Channel 5’s best year ever, with success on the linear channel mirrored on My5. We’ve built on our factual successes and reached new viewers by continuing to elevate our drama slate, with stand-out shows like All Creatures Great & Small driving ratings success. It’s clear that a combination of drama, alongside talent-led factual programmes taking viewers to places they want to see, is proving to be a winning formula.”