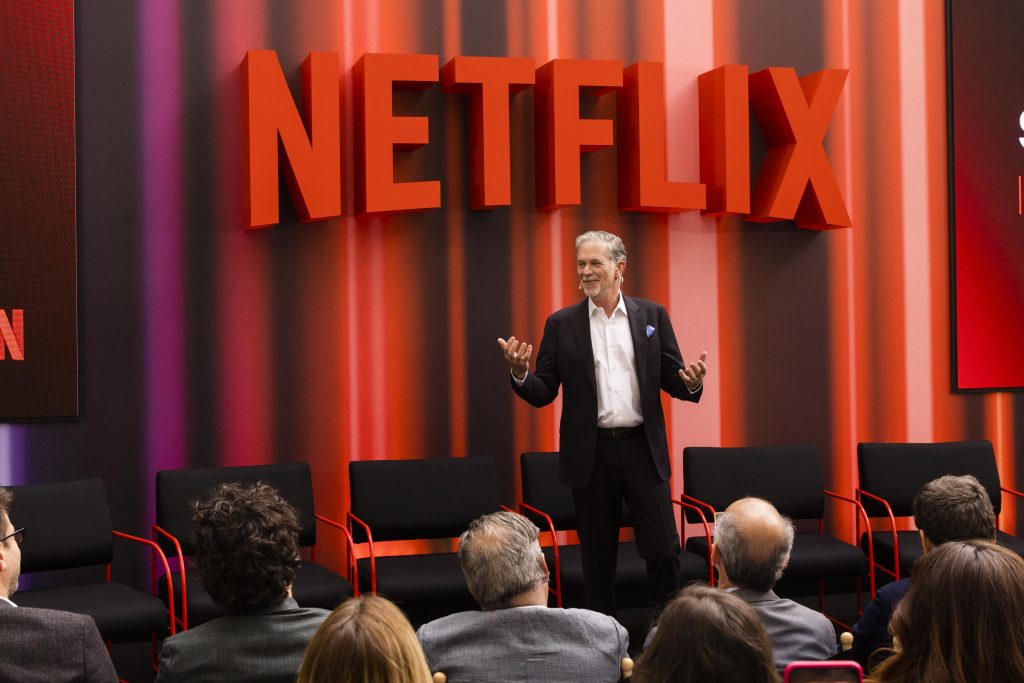 Netflix officially opened its new Italian headquarters in Rome on May 6th, and unveiled its upcoming local-language slate, which will include a new series adaptation of the Italian classic Il Gattopardo (‘The Leopard’).

“Today we celebrate our new Italian home, our growing business in Italy, the creative community we are so honored to be part of, and all of the fantastic Italian stories on our upcoming slate,” said Netflix founder and co-CEO Reed Hasting who was in attendance. “The breadth and variety of our Italian slate perfectly represents our ambitions – new series, films, documentaries and unscripted shows from Italy’s most prestigious creatives and exciting new voices. Stories that are Made in Italy and watched by the world.”

The highlight of Netflix’s upcoming Italian slate is a new series inspired by Il Gattopardo (The Leopard), Tomasi from Lampedusa’s classic, epic Italian novel. The Serpent director Tom Shankland will helm the series which tells the story the 19th century Prince of Salina Prince of Salina and his family.

Other series coming up from Netflix’s Italian operations are I Hate Christmas, a holiday series from Fremantle’s Lux Vide, an untitled animated series from Tear Along The Dotted Line creators Zerocalcare and Lotto Gang from BIM Produzione and Feltrinelli Originals, a limited series loosely based on the true story of the biggest lottery scam in Italian history.

On the feature side, new Netflix Italian films include the period heist movie Robbing Mussolini, the revenge film My Name is Vendetta, and romantic comedies Love & Gelato and Under the Amalfi Sun. The later, from Lucky Red), is the sequel to 2020’s Under the Riccione Sun.