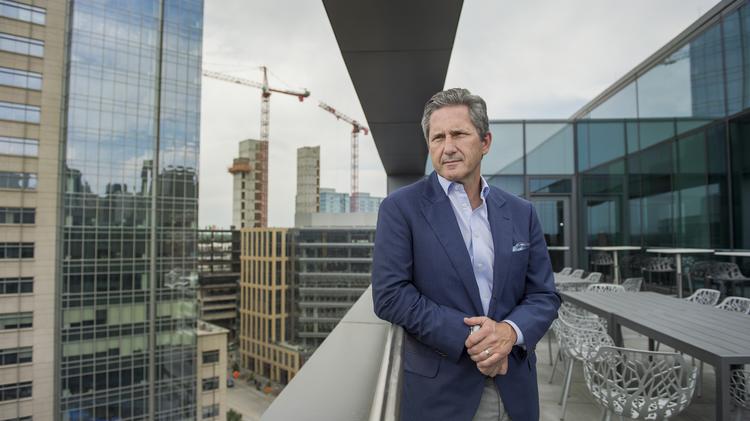 Liberty Global, the multinational telco, has published its Q1 2022 financial results. CEO Mike Fries stated: “First, our thoughts go out to all those impacted by the war in Ukraine. I’m very proud of our operations and employees across Liberty Global for their devoted efforts to support those in need. While we all hope for an end to the violence, we are prepared to manage through the continued impact the war is having on inflation. We are largely hedged on energy costs and have been able to manage our pricing strategies to minimise the net effect of higher costs.”

“At the same time, our first quarter financial results were stable. Revenue was flat to up in all markets versus last year, with strong Adjusted EBITDA growth in the UK, Switzerland and the Netherlands. Operationally, we delivered 100,000 aggregate broadband and postpaid mobile subscribers during the quarter driven by our converged bundles, our market-leading broadband speeds and increasing 5G coverage. Demand for connectivity remains high across our European markets and, as noted above, we are seeing improved pricing power as inflation picks up, competition rationalises and the regulatory environment eases.”

We remain committed to executing on our integration plans in Switzerland and the UK and are on track with the synergy delivery in both markets. We continue making progress with our network development strategies across all of our FMC operations. In the UK, Project Lightning delivered 101,000 new premises taking our cumulative UK Lightning footprint to 2.8 million homes, and we expect to add over 500,000 new premises in 2022. Full fibre deployment across VMO2’s entire fixed network is underway with completion expected in 2028. Furthermore, 5G services are now available in over 400 UK towns and cities and we expect to reach 50 per cent population coverage by 2023. In Ireland, we are reinforcing our focus on speed leadership with our full fibre upgrade programme which delivered over 40,000 premises in Q1.”

“Continuing our track record of smart and timely M&A transactions, we completed the sale of UPC Poland on April 1st at 9x EV/EBITDA, generating ~$600 million of net proceeds. And in Belgium we announced the sale of our 3,300 mobile towers to Digital Bridge for €745 million, or 25x EV/EBITDAaL. We expect this transaction to close in Q2.”

“We are reaffirming all of our original, full-year guidance metrics, including $1.7 billion of Full Company Distributable Cash Flow, representing an increase of 22 per cent over 2021. This will be supported through shareholder distributions from our joint ventures in the UK and the Netherlands, as well as an additional distribution from an expected recapitalisation of Virgin Media O2 later this year. Liberty Global’s balance sheet remains strong with $3.8 billion of cash (pro forma for ~$600 million of net cash proceeds expected from the sale of UPC Poland) and $5.3 billion of total liquidity. We continue to see compelling value in our stock at current price levels and completed 35 per cent of our buyback commitment through Q1, and 50 per cent through May 6th,” he concluded.

Operating highlights: Commercial momentum continued in Q1 despite a persisting, albeit softening, competitive environment. Strong sales combined with stable low churn resulted in over 11,000 broadband net additions in Q1. Demand for mobile postpaid remained solid, delivering 45,000 net adds in the quarter across all brands. FMC penetration grew nearly 2 per cent and now reaches 57 per cent of the broadband base. We continue to generate value for our customer base through the launch of Sunrise Moments loyalty programme, which provides reward packages and exclusive experiences, as well as the full service offering by our budget brand Yallo.

Operating highlights: Continued growth of FMC customer base in Q1 2022, driven by continued uptake of Telenet’s ‘ONE(Up)’ bundles, while lower market flux impacted net new subscriber growth, resulting in 3,000 broadband net adds and 9,000 postpaid mobile net additions. Telenet entered into a binding agreement with DigitalBridge Group, regarding the sale of its mobile tower business, which is expected to close in Q2. Telenet continues to progress on plans to develop “the data network of the future” with Fluvius through its joint fixed network infrastructure in Flanders.

Operating highlights: Successful execution of the commercial strategy despite increased promotional intensity in the market delivered 37,000 mobile postpaid additions, passing the 5 million SIMs milestone while stabilising mobile postpaid ARPU. The market saw some increased levels of competition around the Formula 1 season as well as increased promotional activity by competitors impacting broadband RGUs, which declined by 17,000 in Q1. Continued progress in upgrading the network which now offers Gigabit speed in almost 80 per cent of the country and targeting nationwide coverage by the end of the year. Price increase was communicated to customers to support further investments to ensure high quality connectivity through SmartWifi and 5G.