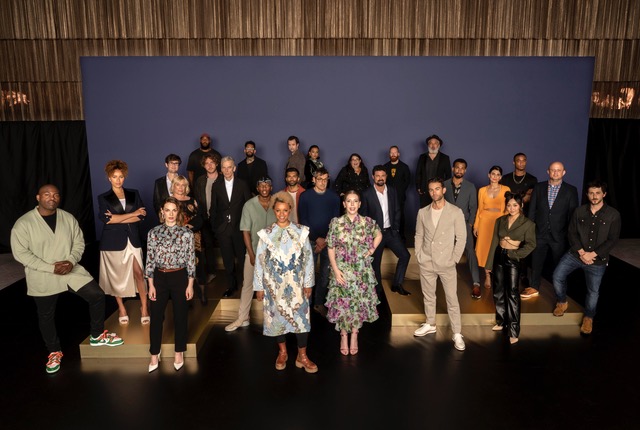 Prime Video has revealed has invested more than £1 billion in TV, movies, and live sport since 2018.

The announcement was made at its UK showcase, Prime Video Presents, where Prime Video UK Head Chris Bird was joined at The Londoner Hotel in Leicester Square by Amazon Studios’ Georgia Brown and Dan Grabiner and a host of acting, directing, and writing talent, including Louis Theroux, KSI, Jessica Raine, Peter Capaldi, Nikesh Patel, Katherine Ryan, Jez Butterworth, Naomi Alderman, and some of the stars and creator of US Original series The Boys. A celebration of Prime Video’s investment in the UK slate, Prime Video Presents was hosted by radio and TV presenter Gemma Cairney.

Prime Video UK has invested more than £1 billion in TV, movies, and live sport to date. This includes spend on UK Amazon Original series like Clarkson’s Farm; licensed series like Soho Theatre Live and investment in movies like Paddington 2; co-productions on flagship British series like A Very English Scandal; as well as investment in live sport.

“It was important to bring people together at Prime Video Presents to not only showcase our brilliant upcoming shows and movies, but to demonstrate how committed we are to the UK in the long term,” explained Bird. “We’ve spent a long time building a service that offers customers a variety of ways to access the TV shows and movies they love–either included as part of their subscription, as an add-on channel or being able to rent or buy at a low price. We have invested more than £1 billion on TV series, movies, and live sport since 2018. But it’s just as important that we’re investing in the UK’s world-leading production and creative industries, with a growing number of UK Originals; through a £10 million commitment to training and skills schemes; and by taking a long-term lease at Shepperton Studios.”

Prime Video also announced the creation of a new fund designed to support British women’s tennis. Prime Video will work with the Lawn Tennis Association (LTA) to help girls and young women overcome barriers to play, with a focus on three key areas: coaching, equipment, and environment. The fund was generated from the broadcast share of last year’s US Open final. Further details will follow later in 2022.

“When we committed to reinvesting the fees generated from the US Open final, it was important for us to take the time to fully understand the existing barriers that girls and young women face when playing tennis. We need to ensure that we are helping to foster the right environment in which girls can feel empowered to play and learn the sport,” said Alex Green, MD Live Sport, Prime Video Europe. “Our work with the LTA has helped us take huge strides in this area and this fund will directly tackle these barriers later this year.”

Prime Video’s investment in UK content continues with the announcement of new UK Originals, including Fifteen-Love, a scripted drama from leading UK producers World Productions (Vigil), part of ITV Studios. Created and written by Hania Elkington (The Innocents) Episodes One-Three of Fifteen-Love are directed by Eva Riley (Perfect 10), and Episodes Four-Six by Toby MacDonald (Extraordinary). It is produced by Natasha Romaniuk (The Suspect) and executive produced by Jake Lushington, World’s head of drama, along with Elkington, Riley, and MacDonald. Fifteen-Love is an enthralling exploration of the dangerous lines where personal and professional relationships collide, set amid the glamorous cut-and-thrust world of elite tennis. The story examines themes of power, sex, and ambition, within an international sporting industry worth over $2 billion.

Prime Video unveiled a raft of UK Amazon Original series, including two new true-crime series. The first, The Disappearance of Patricia Hall (working title) from ITN Productions, is the chilling, real-life story of the disappearance of Patricia Hall from a small town in Yorkshire and the subsequent investigation in which her husband, Keith Hall, appeared to admit to her murder, before questions were raised about the reliability of his “confession.” The Disappearance of Patricia Hall (working title) is directed by Sam Hobkinson (Misha and the Wolves), produced by Vivienne Perry (The Changin’ Times of Ike White), and executive producers Nathaniel Lippiett (Secrets of the Krays) and Ian Rumsey (Lost Boy: The Killing of James Bulger).

Three Mothers (working title) is a new three-part series from Scottish independent production company Firecrest Films. Set in the wild west days of the infancy of the internet, it tells the gripping real-life story of three women who all found themselves in the middle of an unbelievable series of events that captured the world’s attention. Director Alice McMahon-Major, producer Zehra Yas, and executive producers Nicole Kleeman and Vari Innes bring this powerful story, told through firsthand testimony, along with a wealth of extraordinary archive material spanning two continents and decades.

“We have supercharged Prime Video’s UK slate with a diverse range of high-quality, distinctive programmes across documentary, drama, comedy, entertainment, and film,” said Grabiner. “It’s such a thrill seeing the slate grow in partnership with some of the UK’s most talented creatives, from first-time creators to legends of British television.”