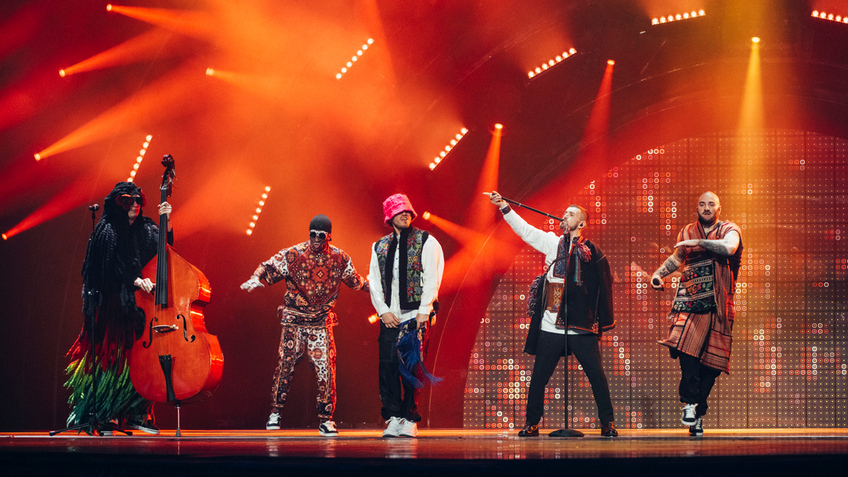 The 66th Eurovision Song Contest (ESC) from Turin, Italy reached 161 million people over the three live shows in 34 measured markets. The reach of the Contest in those territories was up 7 million year on year.

The viewing share for the Grand Final on Saturday May 14th was up three percentage points on 2021 at 43.3 per cent, and remains more than double the broadcast channels average (18.2 per cent).

The Contest once again proved hugely popular with younger audiences. Among 15-24 year-olds, the viewing share of the Grand Final was up three percentage points on 2021 at 56.2 per cent, remaining four times higher than the broadcast channels average (14.0 per cent).

Host country Italy delivered their biggest audience on record (since 2011 when they re-joined the ESC), up 53 per cent on 2021, with an average audience of 6.6 million viewers, accounting for 41.9 per cent of TV viewing in the country.

The other markets which saw more than 50 per cent of total TV viewers watch the Grand Final were Armenia, Flemish-speaking Belgium, Denmark, Estonia, Greece, Lithuania, the Netherlands, Spain and the United Kingdom.

Spain and the United Kingdom’s success at the Contest (2nd and 3rd placings) was also reflected in their ratings, with both countries delivering their best TV audiences of the past decade.

The United Kingdom delivered the largest audience of all markets in 2022 with 8.9 million viewers watching the Grand Final, up 20 per cent on 2021.

It’s the first time in 11 years the UK has seen higher ratings than Germany who previously delivered the highest audience.

TikTok became the Eurovision Song Contest’s Official Entertainment Partner in 2022 with the 3 Live Shows streamed on the platform for the first time. The platform saw a total of 189 million video views on the official Eurovision account during the two weeks leading up to the Grand Final.

3.3 million unique viewers watched the Grand Final live on the platform with 5.1 live streams in total. The Semi Finals were streamed nearly 4 million times. 9.2 million engagement actions (such as liking, commenting etc) took place on TikTok in the week of the Contest.

In the same week, 42.3 million unique viewers across 232 countries and territories watched content on the official YouTube channel.

The number watching the Grand Final on YouTube rose nearly 50 per cent year on year to 7.6 million unique viewers for the live show. The most views were in winning country Ukraine with over 2.2 million views to date.

63 per cent those watching on YouTube were aged 18-34 years old.

Over 8 million Tweets about the Contest were sent during the event week, doubling the record total set in 2021.

In total, videos on the four social channels were watched over 284 million times during the week of the event.

“We couldn’t be happier to see the success of the Eurovision Song Contest across all our Members’ channels and on our digital platforms this year,” said the ESC’s Executive Supervisor Martin Österdahl.

“Once again, we have seen the enormous popularity of the Contest among young audiences, some of whom are discovering the event for the first time. The Eurovision Song Contest truly has global appeal demonstrated by the millions watching in every territory on earth and millions more interacting on social media.”

The Eurovision Song Contest was hosted by the EBU’s Italian Member Rai on May 10th, 12th and 14th and broadcast in the 40 participating countries and online. More information about the event, including full voting breakdowns, can be found at eurovision.tv.

Russia, who were excluded from the competition in February, and Ukraine are not included in 2022’s figures which accounts for the overall drop from 183 million reach in 2021. Ukraine was not measured this year. In 2021 together these two markets accounted for 29 million people reached, excluding these markets from the 2021 data shows that 2022 reach is up 7 million on 2021 in a comparable number of countries.