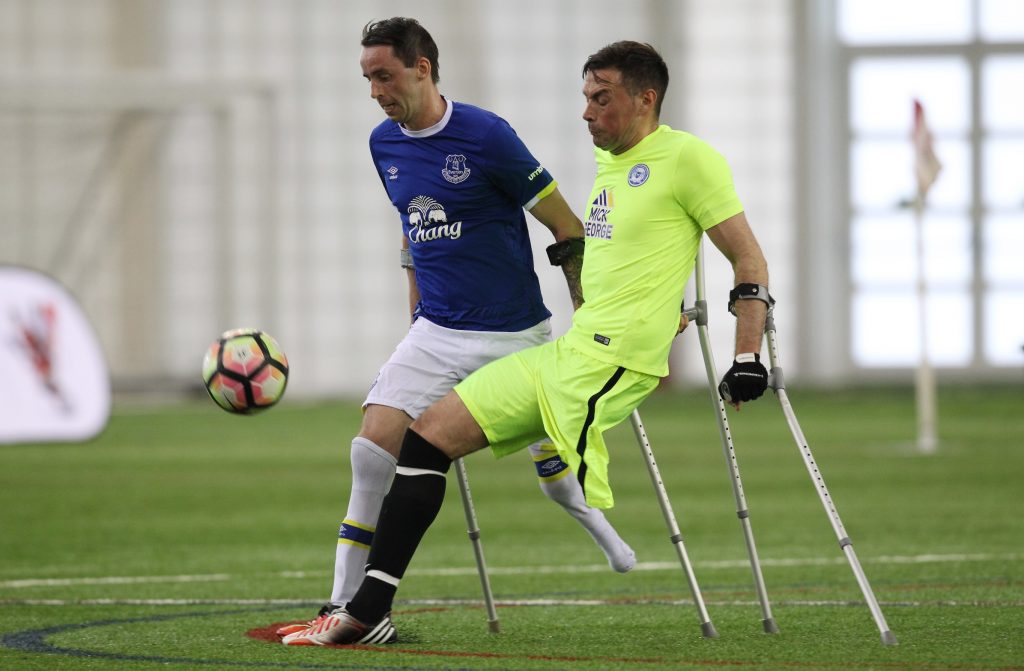 EE has announced a number of initiatives as Lead Partner of all England Teams and Wembley Stadium, to support the growth of disability football on and off the pitch, ensuring the game is as inclusive as possible for fans and spectators with disabilities.

A three-year commitment to broadcast The FA Disability Cup exclusively live on BT Sport has been agreed, and for the second consecutive year the competition will be the most accessible live broadcast of a UK football match.

The 2022 FA Disability Cup will see six cup finals scheduled across the weekend, delivered by The FA in partnership with a range of impairment-specific organisations. The cup is the largest competition of its kind in this country, ensuring players within impairment-specific football have a national FA competition to call their own, complete with dreams of reaching St George’s Park for finals weekend.

BT Sport will show every match on June 11th and 12th with live coverage beginning at 10am on each day. Live coverage of all the finals will feature on three BT Sport channels with each offering different accessibility features:

Baroness Sue Campbell, The FA’s Director of Women’s Football and the organisation’s strategic co-lead for disability football, said: “This year’s FA Disability Cup is back bigger and better than ever before and we are delighted that the action will once again be broadcast live on BT Sport as part of a new three-year commitment.  We hope the exposure will give even more players the confidence to return or take the first step on their disability football journey and would encourage everyone to tune into the action for what promises to be a thrilling weekend of football.”

Pete Jeavons, marketing communications director, BT & EE, commented: “As lead partner of The FA, EE is committed to boosting disability football in this country by offering more opportunities and greater exposure at every level of the game and we look forward to working with The FA as disability football continues to grow.”