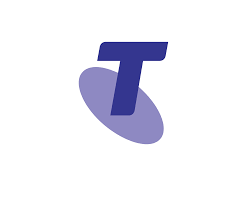 The Australian Competition & Consumer Commission (ACCC) has said will not oppose the proposed acquisition of 51.4 per cent of Media Innovations Holdings Pty Ltd (Fetch TV) by Telstra Corporation.

The ACCC’s review focused on whether Telstra would have the ability and incentive to foreclose competing broadband retailer’s access to Fetch TV.

“Our investigation found that entertainment offerings are one important way for broadband retailers to differentiate themselves from competitors,” commented ACCC Commissioner Liza Carver. “However, Fetch TV does not appear to be critical or a ‘must have’ aspect for Telstra’s retail broadband competitors to offer consumers a competitive retail broadband service. With this in mind, it is unlikely the proposed transaction would lead to Telstra foreclosing rival broadband providers,” she added.

Several broadband retailers, including those that offer Fetch TV, also supply other entertainment offerings or other inclusions. For example, SubHub by Optus allows customers to combine and save on subscription video on-demand services like Netflix.

“Less than 10 per cent of retail broadband customers in Australia acquire Fetch TV services from their retailer and there are a growing number of ways in which consumers access and consume entertainment content, including through smart TVs without the use of a set-top-box,” noted Carver.

The ACCC also considered the overlap between Telstra TV, Fetch TV and Foxtel, which is 35 per cent owned by Telstra. The ACCC concluded that Telstra TV, Fetch TV and Foxtel would continue to face competition from other technologies and differentiated services such as smart TVs and hardware devices such as Amazon Firestick, Google Chromecast, Apple TV and gaming consoles.

“While Telstra is the largest broadband retailer in Australia, we have carefully examined the facts and circumstances of this acquisition as well as changes in the way consumers access entertainment. We have concluded that this acquisition is unlikely to result in a substantial lessening of competition,” said Carver.