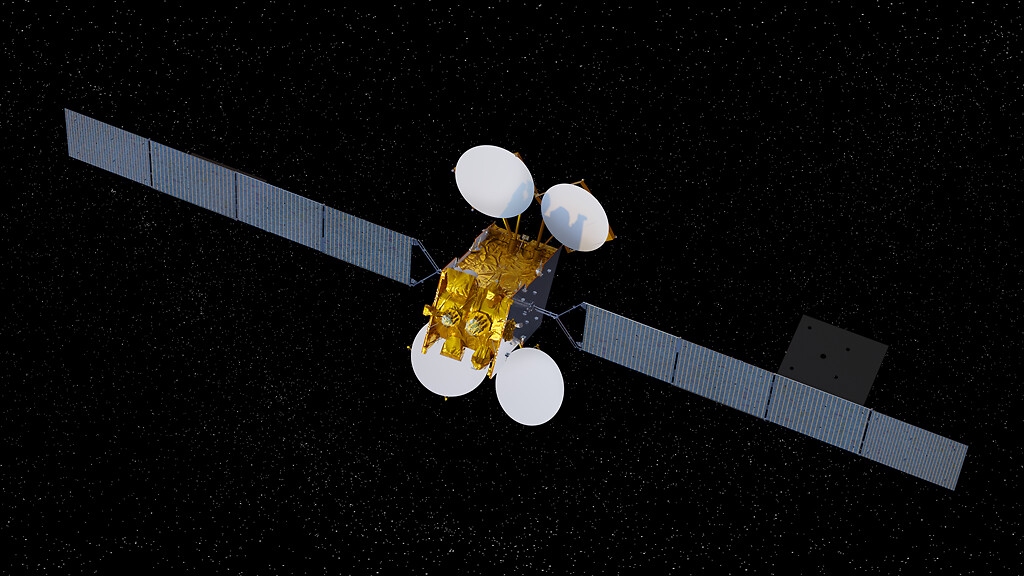 Following the launch of Measat-3d on June 22nd from Kourou, French Guiana, Measat, the Malaysian satellite operator, has successfully completed in-orbit testing for the Measat-3d satellite, ahead of schedule. Measat-3d, the company’s latest and most advanced satellite, has now entered commercial service, after its handover by Airbus Defence and Space.

Measat-3d, a multi-mission satellite with a planned lifespan of more than 18 years, carries C-band and Ku-band payloads for video and DTH services and a high-throughput multiple spot beam Ka-band payload optimised to deliver high-speed broadband internet communications for Malaysia; even for users in the most remote areas of the country. The satellite also hosts a Q/V band payload allowing Measat to study radio frequency propagation effects in high rainfall regions like Malaysia, to enable the design of its next generation satellites. In addition, Measat-3d also carries an innovative hosted payload for KTSAT which will be used for the Korean Augmentation Satellite System (KASS) to enhance accuracy and reliability of GPS signals for airplanes, increasing airline flight safety in South Korea.

“We are pleased with the successful in-orbit testing of Measat-3d and its commercial deployment, following the launch last month. I would like to thank the Measat and Airbus teams for their solid effort and continuous support. With this, Measat-3d is ready to support the Malaysian Government’s National Digital Network (JENDELA) target to achieve 100 per cent internet coverage by 2025, as well as our clients’ plans to expand service offerings and improve customer experience,” said Yau Chyong Lim, Chief Operating Officer, Measat.

Measat-3d is co-located with Measat-3a and Measat-3b at the 91.5°E orbital slot – Measats key video neighbourhood, to form one of the region’s most powerful and robust orbital locations with unrivalled in-orbit redundancy and expansion capacity.