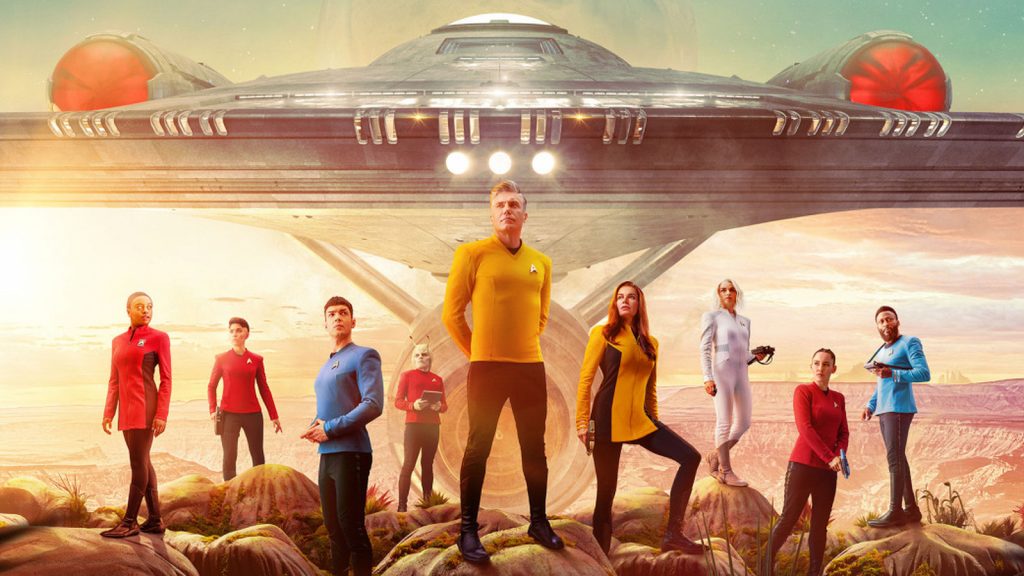 “‘Star Trek’ fans all over the world embraced this incredible new Star Trek journey,” said Tanya Giles, chief programming officer of Paramount Streaming. “We are thrilled that the Star Trek universe continues to be one of the most-watched franchises on the service.”

“Over the past six years, Alex Kurtzman and his amazing team have brilliantly created and carefully curated a new Star Trek universe for Paramount+ with five complementary series – each different in tone, style, story and in some cases target audience,” said George Cheeks, president and chief executive officer at CBS. “Each series is a success in its own right, and now the franchise’s newest edition, Strange New Worlds, is earning critical acclaim and delivering notable performance achievements on the service, both domestically and internationally. We look forward to the franchise’s continuing journey on Paramount+ here in the US and globally, where in the case of Strange New Worlds, we’re just getting started.”

Star Trek: Strange New Worlds is based on the years Captain Christopher Pike manned the helm of the USS Enterprise. The all-new series features fan favorites from season two of Star Trek: Discovery Anson Mount as Captain Christopher Pike, Rebecca Romijn as Number One and Ethan Peck as Science Officer Spock. The series follows Captain Pike, Science Officer Spock and Number One in the years before Captain Kirk boarded the USS Enterprise, as they explore new worlds around the galaxy.

Star Trek: Strange New Worlds is now available to stream exclusively on Paramount+ in the US, UK, Latin America, Australia, South Korea and the Nordics and airs on Bell Media’s CTV Sci-Fi Channel and streams on Crave in Canada. The series is distributed by Paramount Global Content Distribution.