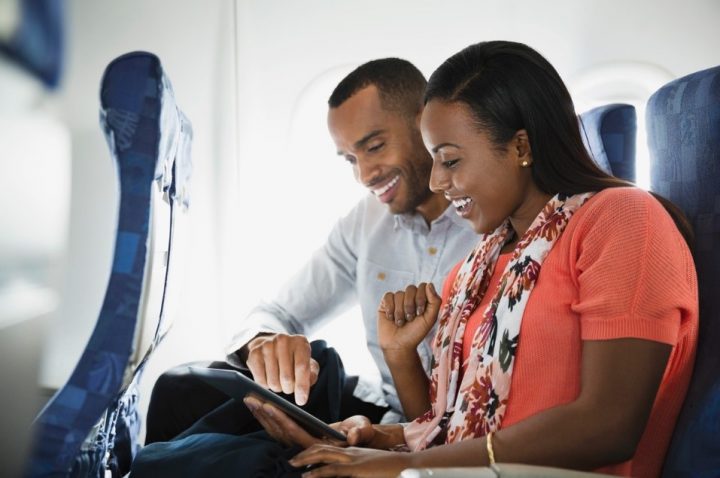 Intelsat and OneWeb have signed a “global distribution” partnership, an initiative to provide a global service for In Flight Communications and broadband to aircraft.

Intelsat already has considerable skin in the game because it bought in 2020 the commercial aviation connectivity business from Gogo for what many have seen as being a timely ‘bargain’ of $400 million (€388m). Gogo is still very much active but now concentrates only on business aviation and private jets.

The pair say that its service will happen by 2024.

The key benefit to flow from the agreement is the low latency offered by OneWeb’s low Earth orbiting craft.

However, the announced Intelsat+OneWeb system is far from alone. SES, for example, already offers similar activity using its geostationary satellites and fleet of O3b/mPower craft.

Viasat is also busy serving 1,930 aircraft with another 500 lining up to be added. Viasat is adding three new super-large satellites to boost its global coverage.

London-based Inmarsat is currently in the process of being bought by Viasat and also has its own IFC service.

Eutelsat, which is itself in the process of “merging” with OneWeb must have – at arm’s length – nodded the Intelsat agreement through given that it has its own “exclusive” distribution deal for certain OneWeb capacity.

Indeed, the new Intelsat+OneWeb partnership is revisiting an agreement made in 2015 and prior to both Intelsat and OneWeb’s separate bankruptcies. Intelsat invested $25 million into OneWeb that guaranteed key commercial distribution in four markets. OneWeb emerged from Chapter 11 bankruptcy in 2020. Intelsat formally emerged from its bankruptcy earlier in 2022.