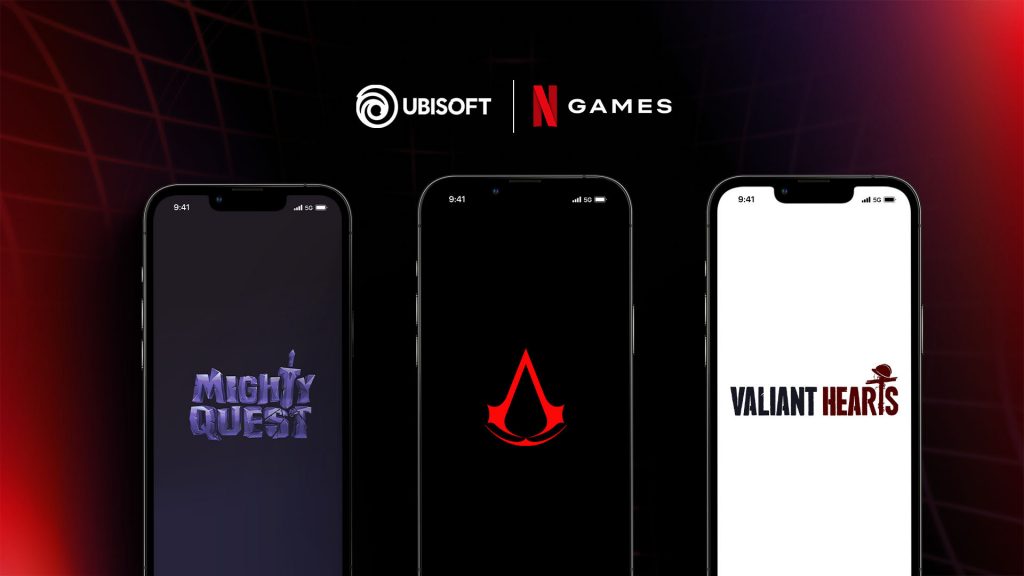 A new Valiant Hearts game, sequel to Ubisoft’s multi-award-winning game Valiant Hearts: The Great War, is directed by the original core team and will retain the same DNA while featuring a new story. It will be available to Netflix members in January 2023.

The Mighty Quest will come to Netflix in 2023 with a new game. The game will draw inspiration from the roguelike genre to deliver an experience that celebrates the series’ premiere hack-and-slash combat in a fresh, replayable format.

And Assassin’s Creed fans will be able to immerse themselves in the Assassin’s Creed universe on Netflix in more than one way: in addition to the previously announced live-action series, an all-new mobile game is being developed exclusively for Netflix.

“We’re thrilled to work with Ubisoft, whose track record creating memorable worlds for fans is unmatched,” said Mike Verdu, Vice President of Games, Netflix. “This partnership will provide our members with exclusive access to some of the most exciting game franchises as we continue to build a catalog of great mobile games for our members around the world.”

“As we continue to create great experiences on all platforms, we’re glad to be partnering with such an innovative and creative partner as Netflix,” says Jean-Michel Detoc, Chief Mobile Officer, Ubisoft. “I believe that this partnership will be a great opportunity for Netflix members to further explore our worlds and universes on mobile.”