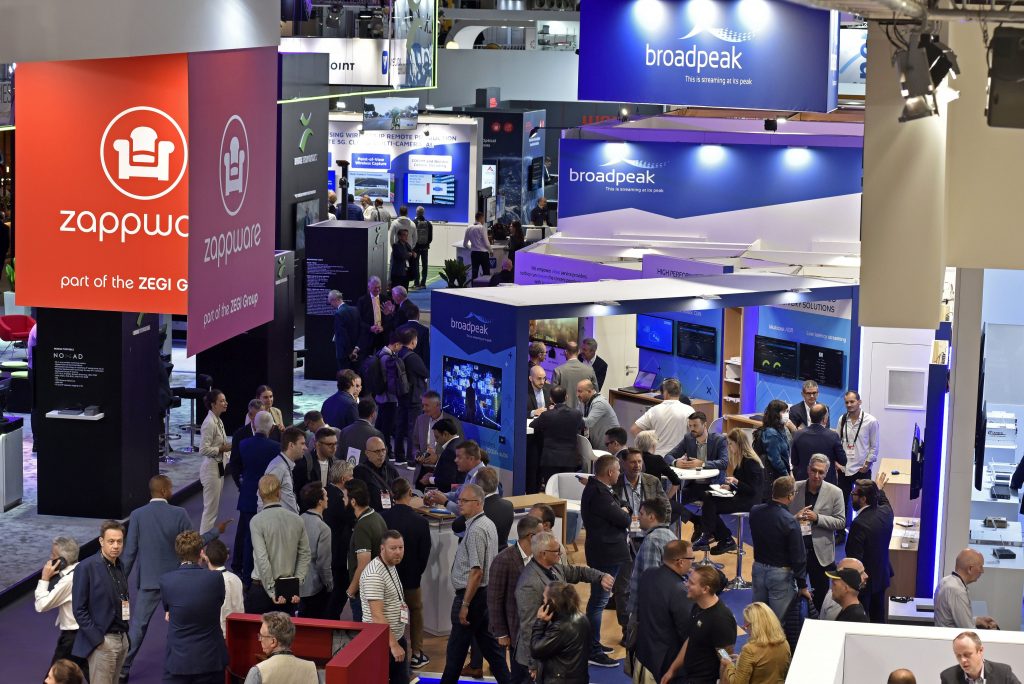 Being back in Amsterdam for the first global trade show since you know what, was quite something: Something good: even in a high-tech business people matter. It was noticeable that many companies saw as it important to reunite with colleagues, agents, resellers, as with customers and prospects. Whether it’s Zoom or the optimistically named Teams, esprit de corps is a hard thing to build over a screen.

And, of course, getting the pipeline topped up with prospects is also good. For almost all exhibitors at IBC this is more about Quality then Quantity. This is why the decline in visitors (34 per cent) is not all bad, in fact not bad at all. Making the effort to go, particularly from abroad, is a big self-qualification of interest in what IBC has to offer. Thirty-something thousand just feels like a more realistic number for individuals with real intent and purchasing potential than the fifty-something thousands of recent years.  I didn’t see any companies who have products or services front and centre to key developments, or had genuine innovations, who looked anything but busy.

Also, it is a number with which the RAI can cope – it, frankly, could not cope with the extra twenty thousand. It has expanded piece-meal but not enough. To anyone who says it was all fine, I refer you the circle of hell that was the men’s restrooms at the end of any given day. If IBC is going to chase numbers back up to where they were or beyond, it really should think about somewhere else, but it won’t.

Something bad. I suppose it may have made some of us feel better about our own country’s post-pandemic performance, but that really wasn’t much compensation. A train strike is an inconvenience but not a disaster in a city with metros, trams and copious Uber. But the shambles at Schiphol was way, way, beyond a joke. Like many in this business I’ve spent a lot of time in the air. Never bothered me. But I am developing a serious phobia of airports. And I had it good – an eighty-minute wait for security and a sprint to the gate – my colleague had a four hour wait and then a flight cancellation.

If anything’s going to, that is what will make me and many others give up on going to IBC, or anywhere else.