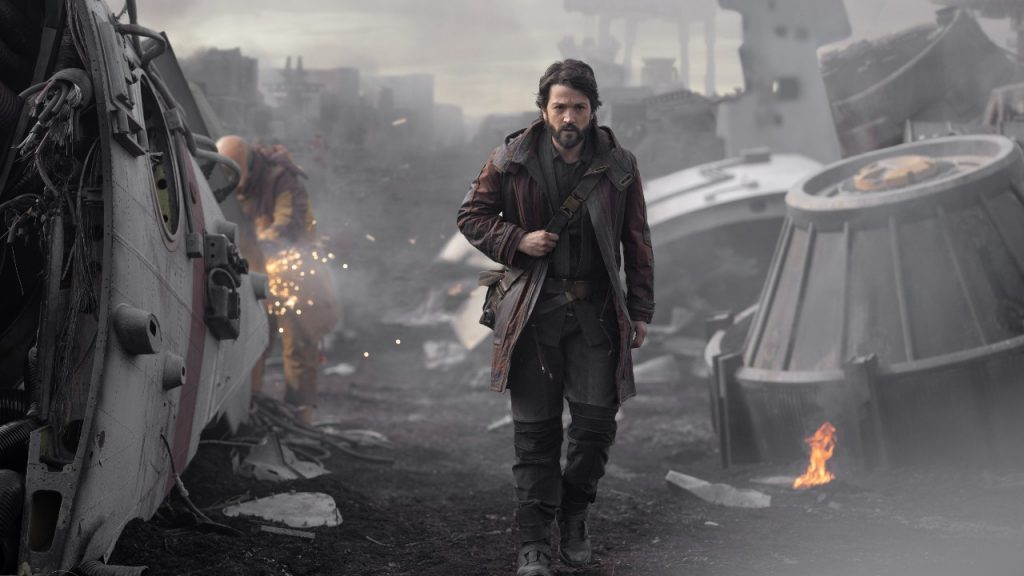 The Disney+ streaming service now has 164.2 million global subscribers, an increase of 12.1 million on Q3. However, Disney warned executives in a conference call that growth is expected to slow in the fiscal first quarter. Across all of Disney’s streaming services – Disney+, Hulu and ESPN+ – there was a combined total of 235.7 million subscribers, up from 221 million in Q3. But the streaming unit lost nearly $1.5 billion – a big blow to the company’s overall bottom line.

Overall the company said revenues rose 9 per cent in the three months ended in September, and were up 23 per cent for its full financial year. It reported profits of $162 million, up from $159 million last year. Total company revenue was at $20.15 billion, missing estimates by some $1 billion.

“2022 was a strong year for Disney, with some of our best storytelling yet, record results at our Parks, Experiences and Products segment, and outstanding subscriber growth at our direct-to-consumer services, which added nearly 57 million subscriptions this year for a total of more than 235 million,” said Bob Chapek, The Walt Disney Company CEO.

“Our fourth quarter saw strong subscription growth with the addition of 14.6 million total subscriptions, including 12.1 million Disney+ subscribers. The rapid growth of Disney+ in just three years since launch is a direct result of our strategic decision to invest heavily in creating incredible content and rolling out the service internationally, and we expect our DTC operating losses to narrow going forward and that Disney+ will still achieve profitability in fiscal 2024, assuming we do not see a meaningful shift in the economic climate. By realigning our costs and realising the benefits of price increases and our Disney+ ad-supported tier coming December 8, we believe we will be on the path to achieve a profitable streaming business that will drive continued growth and generate shareholder value long into the future. And as we embark on Disney’s second century in 2023, I am filled with optimism that this iconic company’s best days still lie ahead,” added Iger.

The decrease at Disney Media and Entertainment Distribution was due to lower operating results at Direct-to-Consumer and Content Sales/ Licensing, partially offset by growth at Linear Networks. The decrease at Direct-to-Consumer was due to higher losses at Disney+ and, to a lesser extent, lower results at Hulu and higher losses at ESPN+. Lower results at Content Sales/Licensing were due to a decrease in TV/SVoD distribution results, higher film cost impairments and decreases in home entertainment and theatrical distribution results, partially offset by an increase at our stage play business, as productions were generally shut down in the prior year due to Covid-19. Growth at Linear Networks reflected higher domestic Broadcasting and Cable results, partially offset by lower results internationally.

Linear Networks revenues for the quarter decreased 5 per cent to $6.3 billion, and operating income increased 6 per cent to $1.7 billion.

Lower results from ongoing channels were primarily due to a decrease in advertising revenue and, to a lesser extent, higher marketing spend and an unfavorable foreign exchange impact, partially offset by lower sports programming costs. The decrease in advertising revenue was due to lower average viewership, partially offset by higher rates. The decreases in sports programming costs and average viewership were due to the non-comparability of cricket events reflecting the impact of Covid-19-related timing shifts. The most significant impact was on the timing of Indian Premier League cricket matches, as there were no matches in the current quarter compared to 18 matches in the prior-year quarter.

Direct-to-Consumer revenues for the quarter increased 8 per cent to $4.9 billion and operating loss increased $0.8 billion to $1.5 billion. The increase in operating loss was due to a higher loss at Disney+ and a decrease in results at Hulu, partially offset by improved results at ESPN+.

Results at Disney+ reflected higher programming and production costs, increases in marketing and technology costs and the absence of Premier Access releases in the current quarter, partially offset by higher subscription revenue. In the current quarter, there were no Premier Access releases whereas the prior-year quarter reflected the releases of Black Widow and Jungle Cruise. The increase in programming and production costs was driven by more content provided on the service and higher average costs, which included an increased mix of original content. Higher subscription revenue was due to subscriber growth and, to a lesser extent, increases in retail pricing, partially offset by an unfavorable foreign exchange impact.

The improvement at ESPN+ was primarily due to an increase in subscription revenue due to subscriber growth, partially offset by a decrease in income from Ultimate Fighting Championship pay-per-view events due to lower average buys per event.

The average monthly revenue per paid subscriber for domestic Disney+ decreased from $6.81 to $6.10 due to a higher mix of subscribers to multi-product offerings, partially offset by an increase in retail pricing.

The average monthly revenue per paid subscriber for international Disney+ (excluding Disney+ Hotstar) increased from $5.62 to $5.83 due to increases in retail pricing, partially offset by an unfavorable foreign exchange impact.

The average monthly revenue per paid subscriber for Disney+ Hotstar decreased from $0.64 to $0.58 due to lower per-subscriber advertising revenue and a higher mix of wholesale subscribers, partially offset by an increase in retail pricing.

The average monthly revenue per paid subscriber for ESPN+ increased from $4.74 to $4.84 driven by a lower mix of annual subscribers, an increase in retail pricing and, to a lesser extent, higher per-subscriber advertising revenue, partially offset by a higher mix of subscribers to multi-product offerings.

The average monthly revenue per paid subscriber for the Hulu SVoD Only service decreased from $12.75 to $12.23 primarily due to lower per-subscriber advertising revenue, a higher mix of subscribers to multi-product offerings as well as to promotional offerings, partially offset by an increase in retail pricing.

The average monthly revenue per paid subscriber for the Hulu Live TV + SVoD service increased from $84.89 to $86.77 due to an increase in retail pricing and higher per-subscriber advertising revenue, partially offset by a higher mix of subscribers to multi-product offerings.

Reatcing to the results, Paolo Pescatore of PP Insight said: “[It was] a disappointing quarter and underlines the challenges a media giant faces in pivoting towards a streaming future. Quest for subscribers comes at a cost and success is not guaranteed. The journey feels somewhat akin to Netflix’s path. Therefore, expect more bumps ahead and further losses in the streaming business as there’s no silver bullet to profitability. Worrying given that a recessionary period lies around the corner where users will be forced to make some tough decisions regarding the need to keep on paying or signing up to a slew of services.

“Encouragingly, Disney is still in stealth mode for subscriber growth. This will be key as Disney+ becomes an anchor service that unlocks value to the Disney universe akin to the iPhone for Apple,” he added