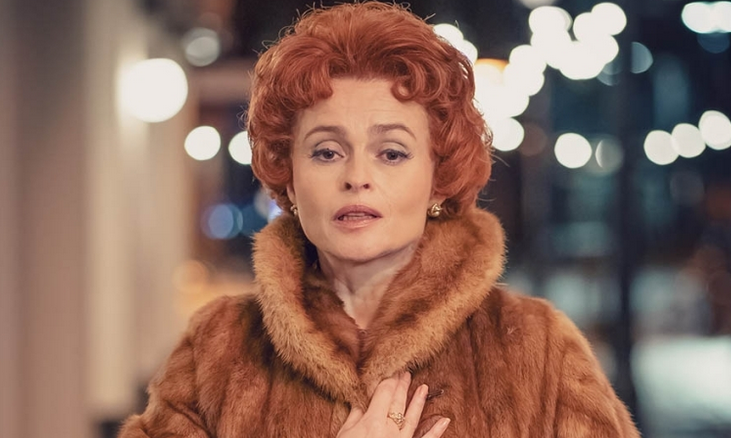 ITV Studios has announced a raft of sales and pre-sales deals across its catalogue of scripted and non-scripted content ahead of the Asia Television Forum.

Nolly, the new three-part drama from Russell T Davies and starring Helena Bonham Carter has been acquired by Pumpkin Film in China, Now TV in Hong Kong and TVNZ in New Zealand, which has also licensed relationship drama You & Me and the teen drama, Tell Me Everything, which explores what it’s like to be coming of age in the 2020s.

In Japan, TFC/STAR CHANNEL has licensed World Productions’ Vigil, as has Cineplex in Thailand for TrueVisions, along with season three of Tall Story Pictures’ The Bay and comedy series Schitt’s Creek.

In India, the four-part drama Litvinenko, starring David Tennant in the title role has been acquired by Viacom18, with TVoD rights going to BookMyShow Stream, from the house of BookMyShow which has also taken Karen Pirie, Our House, Bancroft, Pembrokeshire Murders, A Confession, Endeavour, Grace and Murder in Provence.

Other deals include season two of The Tower and season three of Grace on Now TV in Hong Kong and The Walk-In and The Tower season two airing on Pumpkin Film in China.

In New Zealand, TVNZ will air The Walk-In, The Dry, Tom Jones, season two of The Tower and season four of The Bay, while Sky New Zealand has licensed Bump season three. Rialto has acquired season four of Brassic, with Acorn TV taking season six of Shetland.

7plus has recently launched a new FAST channel in Australia showing non-stop episodes of River Monsters, a wildlife documentary following biologist and extreme angler, Jeremy Wade, on his search for freshwater fish with a taste for human flesh, while ITV Choice, which showcases the best of ITV Studios’ entertainment and non scripted library, including Hell’s Kitchen, Four Weddings and Come Dine With Me, will launch on Samsung TV Plus in December.

Viaplay Group has acquired Hunters seasons 1 & 2 and Jordskott 1 & 2 for Viaplay Select on SBS On Demand in Australia. SBS On Demand has also acquired The Dry and The Hunt for Raoul Moat has pre-sold to BritBox Australia.

A number of titles from ITV Studios’ natural history slate have also been acquired, including the wildlife series A Year On Planet Earth by Now TV in Hong Kong and PTS in Taiwan, Mother Nature by KBS in Korea, The Wild Landscapes of China and Attenborough’s Global Adventure on Mediacorp in Singapore, with Cineplex in Thailand also taking the latter.

In New Zealand, TVNZ has acquired HMP: Behind Bars and The Murder of Logan Mwangi. The Prince’s Master Crafters has been picked up by Sky New Zealand.

In India, the eighth UK season of reality series Love Island has been acquired on Lionsgate Play, with season four of both Love Island Australia and Love Island US being acquired by Netflix in the Pan Asian region and Viacom18 in the Indian subcontinent. Hell’s Kitchen USA season 21 will be streaming on Netflix and season 30 of The Graham Norton Show has been acquired by Warner Bros Discovery in New Zealand and Lionsgate Play and Viacom18 in the Indian subcontinent.

In Australia, the latest series of Hell’s Kitchen, as well as Ready to Mingle, have been acquired by Foxtel, with Million Pound Pawn landing on Seven.

Elsewhere, an output deal across ITV Studios’ scripted and non-scripted programming, such as The Bay, Grace, The Tower, The Museum, Bump and Great Barrier Reef: Next Generation has been renewed by Korea Telecom for the eighth year in a row.

Augustus Dulgaro, Executive Vice President – Distribution, Asia Pacific at ITV Studios, said: “We’re really excited to see this great selection of highly anticipated titles like Nolly, Tell Me Everything and Litvinenko premiere across the Asia Pacific as our scripted and non-scripted IP continues to be warmly received in the region.”