Forecast: Marvel to help Disney earnings to double by 2024 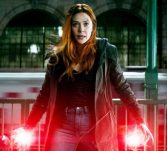 Disney will nearly double its earnings by 2024, largely on the back of Marvel content on its new Disney+ streaming service, according to a Morgan Stanley report.

The investment bank forecasts that Disney can double earnings per share from $6.50 in 2020 to between $11 and $12 in 2024, as it builds its Disney+ streaming customer base.

“For all the complexities of Disney’s business model transition and the stock’s investment case, the durability of its content underpins everything,” said analyst Benjamin Swinburne. He added that Marvel plays “perhaps the most critical role” in building Disney+’s value for customers.

Disney’s stock has climbed nearly 30 per cent so far this year, after the company announced its new streaming service, Disney+, which is set to launch in the US in November for a monthly fee of $6.99 per month. Disney has also found huge success this year in releasing box office behemoths. Avengers: Endgame, released earlier this year, was named the highest-grossing film of all time recently, surpassing Avatar.

Although Disney faces big challenges in the streaming market, the media giant’s brands and content give it a promising chance of success, said Swinburne. Disney is setting its sights on 60 million to 90 million Disney+ subscribers by 2024 and Swinburne said these goals are realistic because “Marvel has broken beyond fanboy demand to mass market”.

A number of new Marvel TV series were confirmed for Disney+ at San Diego Comic-Con this week – namely The Falcon and Winter Soldier, WandaVision [pictured], Loki and Hawkeye – and these spin-offs will help Disney “lock in Marvel fans between theatrical releases,” said Swinburne.

Swinburne also said Marvel will play a large role in achieving international streaming subscribers. Disney estimates roughly two thirds of its Disney+ subscribers will eventually come from outside the US, bolstered by the international adulation for Marvel content.

Commenting on the Morgan Stanley report, Steve Miller-Jones, VP of Product Strategy at Limelight Networks, believes the focus needs to be on more than just content. He said: “How streaming revenues will make Disney’s earnings soar will depend on more than just great content in-depth. High quality, low latency video delivery at scale across all devices will be another critical ingredient to the success of Disney+. Indeed, in the streaming wars for subscribers no one can risk buffering and interruptions that’ll undermine these kind of striking revenue projections.”