A survey by Pop Culture Marketing agency Experience12 reveals that TV has fallen even further from favour among MCM Comic Con attendees with just 34 per cent saying it’s their preferred viewing device, a 13 per cent decrease since May, with both tablets and consoles increasing their share of interest.

Experience12 polled 1,008 fans at the MCM London Comic Con, that took place at the ExCeL from October 25th – 27th, exploring consumer habits related to the most anticipated and favourite game, film and TV releases, alongside preferred ways to consume content.

The survey results also reveal that the growth of subscription services shows no sign of abating, with over half (54 per cent) of attendees saying they’d subscribe to Disney+ following its much anticipated launch in early 2020. Netflix, which worked a 6 per cent growth since October 2018, remains the preferred streaming service amongst Comic Com attendees, with 82 per cent saying they prefer the subscription to any other one in the market.

Chris Whittle, Founder and MD of Experience12 says: “It’s always interesting to get first-hand feedback from the fans at Comic Con London about their preferences, and our insight has proven useful in comparing consumer habits over the years. It’s exciting to see the ever-growing subscription platform market come into its own, especially as Disney+ is soon to hit the scene. Our research proves that fanbases are still increasing across the board, with classics like Pokémon and Star Wars staying strong.” 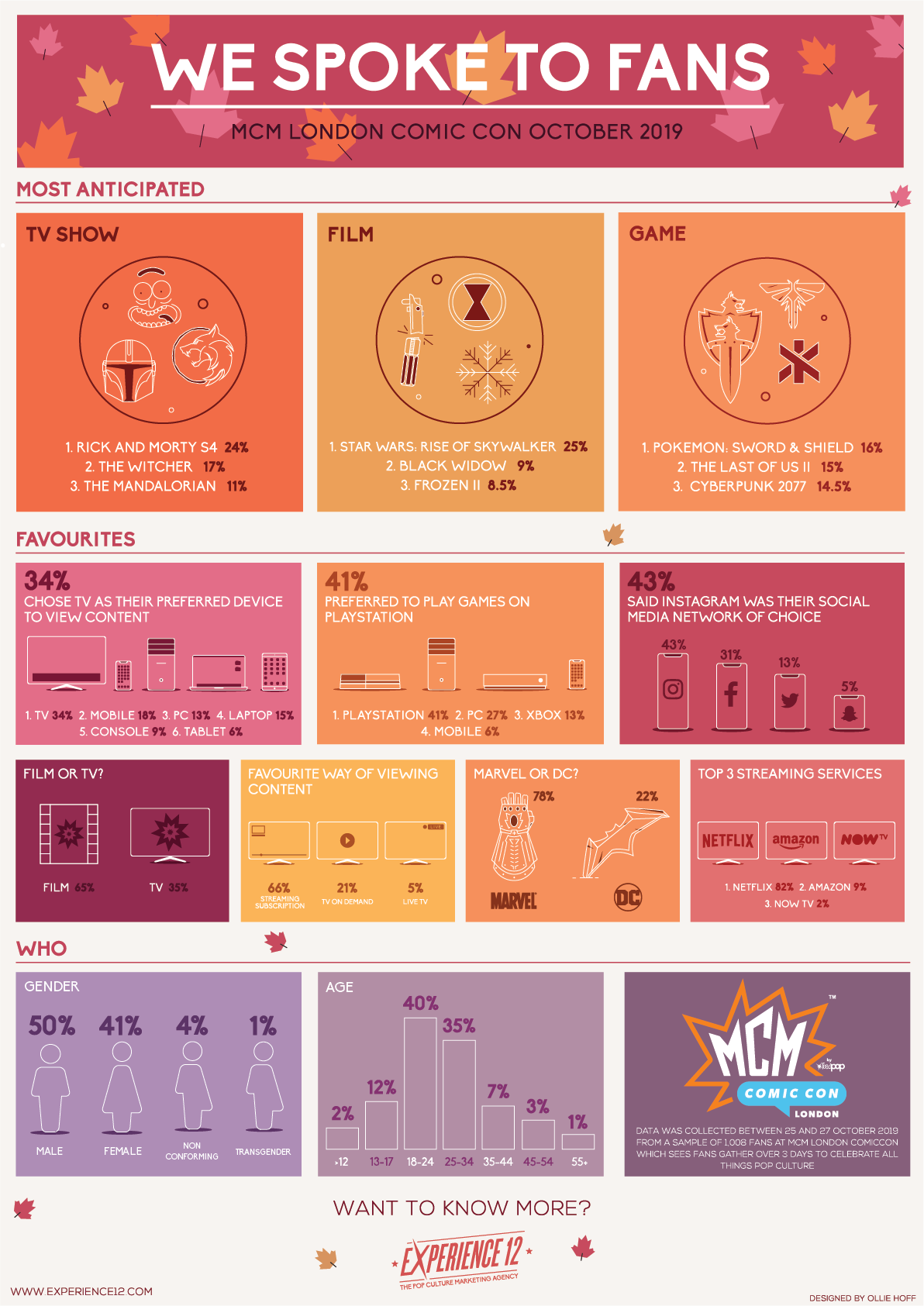