Sky and Disney have agreed a new multi-year deal, making Disney+ available for purchase in the UK and Ireland on Sky Q, to be followed by NOW TV in the coming months. Customers will be able to watch shows such as The Mandalorian, Forky Asks a Question and The World According to Jeff Goldblum and more.

The deal also includes the first-pay window for 20th Century titles, meaning Sky Cinema customers will continue to have access to the latest blockbuster movies, such as Le Mans ’66 and Terminator: Dark Fate.

“We’ve built a strong partnership with Disney over three decades and we’re pleased that our customers in the UK and Ireland can continue to enjoy their world-class content – all in one place on Sky Q,” commented Jeremy Darroch, Group Chief Executive, Sky. “This is a great start to what is set to be another stellar year for Sky – in 2020 we’ll launch new channels and genres, start building Sky Studios Elstree and we’ve got brilliant new and returning originals coming too.”

“We are delighted that Sky is selling the Disney+ service on their platform and, along with our other distribution partners, will deliver exceptional reach at launch,” added Kevin Mayer, Chairman of Walt Disney Direct-to-Consumer & International.

A deal between the two companies means The Simpsons will now be available on the streaming service after all. Disney+ teased the news on  iits official Uk Twitter account, writing: “Grab yourself a D’oh-nut and stay tuned…” 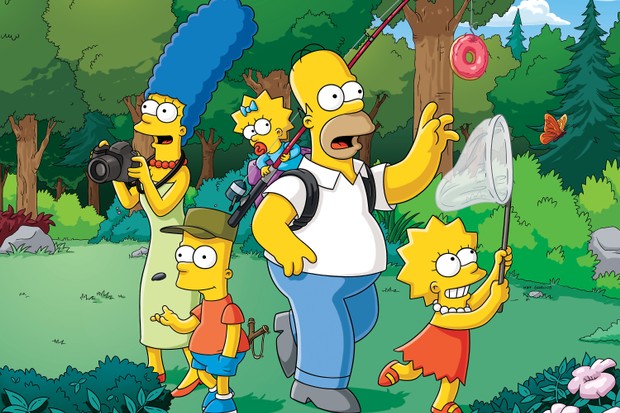 THE SIMPSONS: Join the Simpsons family for Season 26 of the Emmy Award winning THE SIMPSONS on Sundays on FOX. (Photo by FOX via Getty Images)

According to Paolo Pescatore, TMT analyst at PP Foresight, the deal reinforces Sky’s desire to to be a one stop shop for households, and suggests that an exclusive deal for a UK provider is still up for grabs, it being highly likely that a mobile operator will secure this, mirroring Disney’s strategy in the US.

“EE looks to be in prime position given its track record in securing key premium content partnerships,” he said, noting that there is a lot of excitement ahead of Disney+ arrival. “This will help drive awareness and initial subscriber adoption for the new video streaming service. Maintaining this will be a challenge.”

“Ultimately, the arrival of another service further fragments the market for consumers. There are too many video streaming services chasing too few dosh. It is becoming more important to be able to access all of these and future services on one TV platform. Here lies the killer feature, universal access,” Pescatore added.