The Secrets of La Roja free on Rakuten TV

Rakuten TV has announced the launch of its new original production, The Secrets of La Roja – World Champions 2010, a documentary that follows the path of Spanish national football team, La Roja, through the 2010 FIFA World Cup. The documentary will launch for free on Rakuten TV’s Rakuten Stories channel on July 9th, in line with the 10th anniversary of the World Cup for the Spanish team.

The Secrets of La Roja – World Champions 2010 documents the Spanish national team and their journey throughout the 2010 FIFA World Cup in South Africa as viewers have never seen before. Narrated in the first-person by a variety of footballing legends ( including Andrés Iniesta, Xavi Hernández, Iker Casillas, David Villa and Pedro Rodriguez), this exclusive documentary unveils the most intimate secrets of the Spanish selection.

From the team announcement by manager Vicente del Bosque, the documentary travels across Spanish team´s performance during the World Cup, highlighting the key moments including their epic clash against Paraguay, the semifinal versus Germany and the nail-biting Final that proclaimed Spain as the World Champion for the first time in the team’s history. 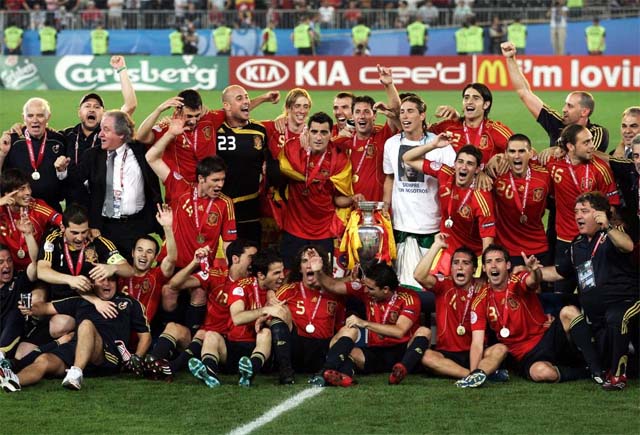 Teresa López, European Content Director at Rakuten TV said: “The World Cup was a milestone for Spanish football history. At Rakuten TV we wanted to pay tribute to the team who achieved such a feat; the players, the coach and all the team involved that made possible this historic moment for Spain. We are sure that football fans will recapture the emotion of such an historic day and will vibrate thanks to this exciting documentary.”

The documentary will be released on the Rakuten Stories channel within Rakuten TV’s Free section, making it available to view without cost in the 42 countries in which the platform is operative.