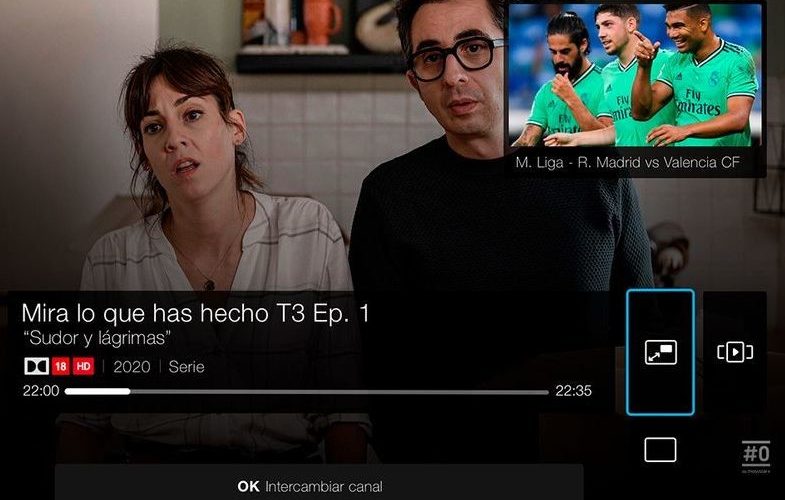 The functionality becomes active through the mini guide (miniguía) via the option Enventanar Canal.

The feature was presumably designed with sport in mind, with viewers able to keep an eye on in-play scores and moments of drama whilst giving more attention to a second programme.