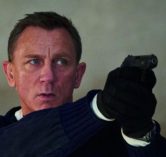 The news came on the back of the latest James Bond movie, titled No Time To Die, having its release date put back (for a second time) from November to April 2021.

Cineworld had been eyeing the release as a key title in pulling audiences back following its reopening after lockdown. But now it has joined a list of other blockbusters, including Marvel’s Black Widow, Top Gun: Maverick, Death on the Nile, Fast & Furious 9, Jungle Cruise, A Quiet Place 2 and Ghostbusters: Afterlife in pushing its release date by several months.

While Christopher Nolan’s film Tenet opened at the end of August – to relative box office success – there has not been what the industry would consider a ‘major release’ since.

Although Cineworld said the move is “temporary”, the chain has not offered a date for reopening. Currently Wonder Woman 1984 IS scheduled for a Christmas release, whilst Disney animation Soul is slated for late-November, so a reopening over the festive holidays could be on the cards. But many industry spectators believe a 2021 reopening, as the country emerges from winter, is more likely.

“This is not a decision we made lightly, and we did everything in our power to support safe and sustainable reopenings in all of our markets,” commented Mooky Greidinger, CEO of Cineworld. “We are especially grateful for and proud of the hard work our employees put in to adapt our theatres to the new protocols and cannot underscore enough how difficult this decision was. Cineworld will continue to monitor the situation closely and will communicate any future plans to resume operations in these markets at the appropriate time.”

Rival cinema chains have also reacted to the lack of new releases. Odeon has indicated that some of its 120 cinemas will be operating at weekends only from next week onwards, whilst Vue said it is “likely to make it through”.

Speaking to the BBC, CEO Tim Richards said: “Our problem right now is we have no movies. [James Bond] was a big blow for us. We’re likely going to make it through; I’m concerned about the independents and the small regional operators right now that are going to really struggle and when they close they may not reopen.”