This week IMPACT Wrestling, the long-running US grappling promotion, returns to free-to-air prime-time TV in the UK via a partnership with Premier Sports and its FreeSports channel.

To hype the new agreement, IMPACT Wrestling’s Executive Vice President Scott D’Amore spoke exclusively to Advanced-Television about the importance of the deal, and what the future holds for the company. 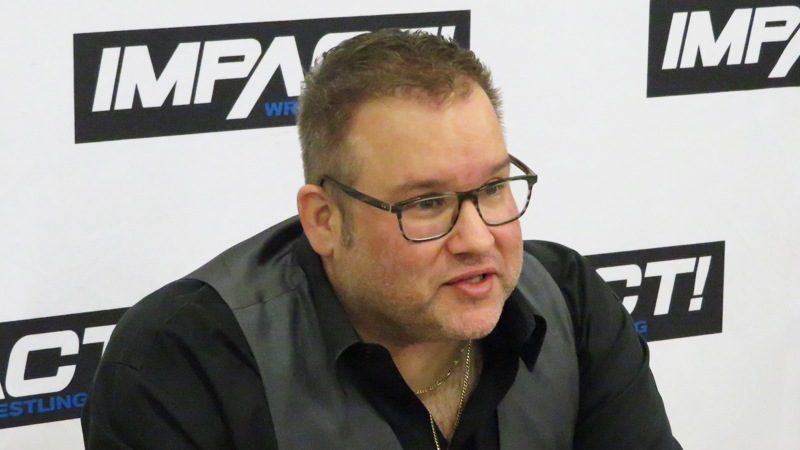 “The value of UK fans [to the wrestling industry] cannot be overstated,” said D’Amore. “And I’m not just blowing smoke, its been like that from the very start – since World of Sport … It’s a rabid fanbase.”

D’Amore, who himself has a storied wrestling career, stated that IMPACT Wrestling “will make memorable moments for the fans; memories that last a lifetime, and we’ll create great stories to connect people […] and we’re very excited to be bringing that back to the UK.”

“All of our shows – our weekly show and our monthly specials – will air in the UK less than 24 hours after going out in the US,” he continued. “And that is invaluable as a storyteller.”

The show airs weekly from IMPACT Wrestling’s base in Memphis, Tennessee – where it has maintained production throughout the pandemic, in a “safe and secure” manner, albeit without a live audience.

“[At the start of the pandemic] you had no football, no basketball, no soccer, no baseball, but we kept going,” said D’Amore, “We take great pride in being able to do what we do. With the world as it is, it’s great to be able to give viewers some escapism […] I marvel at how great our roster has done, putting on some amazing performances with no crowds.”

D’Amore admitted though, that when audiences are allowed back to live shows, it will be a hugely gratifying moment for all the performers.

IMPACT’s new relationship with Premier Sports begins on October 6th, with a special presentation of IMPACT Plus Presents: Victory Road. The next evening, IMPACT Wrestling’s flagship weekly show– simply titled IMPACT! – will debut on FreeSports at 10pm. The show will air each and every Wednesday night at 10pm. Later this month, on Ocober 24th, Premier Sports 1 will be the television destination for IMPACT Wrestling’s biggest event of 2020 – Bound For Glory. 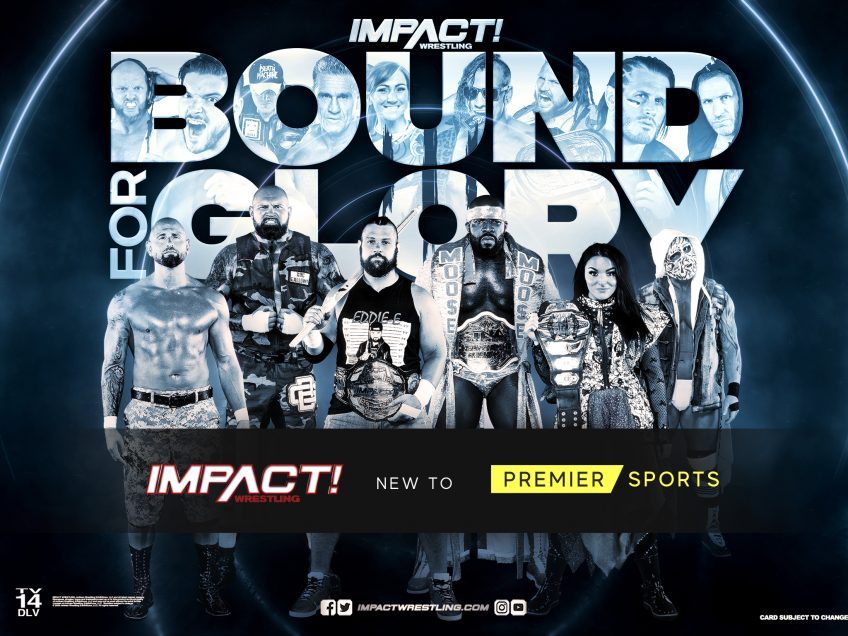 The IMPACT roster currently boasts an ecletic mix of established stars and young talent, such as The Good Brothers, Rhino, Moose, Rich Swann, Sami Callihan, Eric Young, Tenille Dashwood and Taya Valkyrie. D’Amore isn’t just content with a behind the scenes role, and he too gets involved in the drama, bringing his VP title into play as an on-screen character. “As UK fans tune in, I’m afraid they’re going to have to put up with my ugly mug at times,” he joked.

When quizzed on the future of the company’s SVoD platform, Impact Plus, D’Amore spoke enthusiatically about the on-demand model and modern audience’s desire to consume multiple episodes in one sitting – confessing he himself had recently finished binging the Cobra Kai series.

“You have to adapt to how people consume content, otherwise you get left behind. We will always have our weekly episodic show, but sometimes [on Impact Plus] we will drop an entire season [of a show] in one go, so if people want to binge an entire season in one go they can,” he said, such as the company’s onine Diary series which shines a spotlight on key moments in popular performer’s careers.

D’Amore also pointed to the Impact Plus service boasting “a 17 year library with thousands of hours of content”, giving fans plenty of options when it comes to binging.

In closing, D’Amore said he cannot wait to bring IMPACT Wrestling back to the UK and Ireland in the future. The pandemic ruined any chances of that happening this year, but D’Amore was hopeful that enough global harmony will be restored for it to occur some time in 2021. “We’re extremely eager to get back to the UK,” he said. “The crowds are always big and rowdy and it’s one of the best places to perform.”