A wide number of Star Wars titles have proved popular during the streaming era in the UK, according to data from streaming guide JustWatch.

Despite being released 40 years ago, the original Star Wars trilogy are still among the most successful movies in the franchise. The live action spin-offs from that trilogy – Disney+ series The Mandalorian and prequel movie Rogue One – have been extremely popular in the streaming age, but animations – like The Clone Wars (movie) and Star Wars Rebels – have garnered much less interest.

After Return of the Jedi, interest in the franchise drops off considerably – even now, when fans have the entire franchise available to watch on Disney+. Following The Force Awakens (2015), interest in Star Wars has remained high, aside from outlier animation Star Wars Resistance. 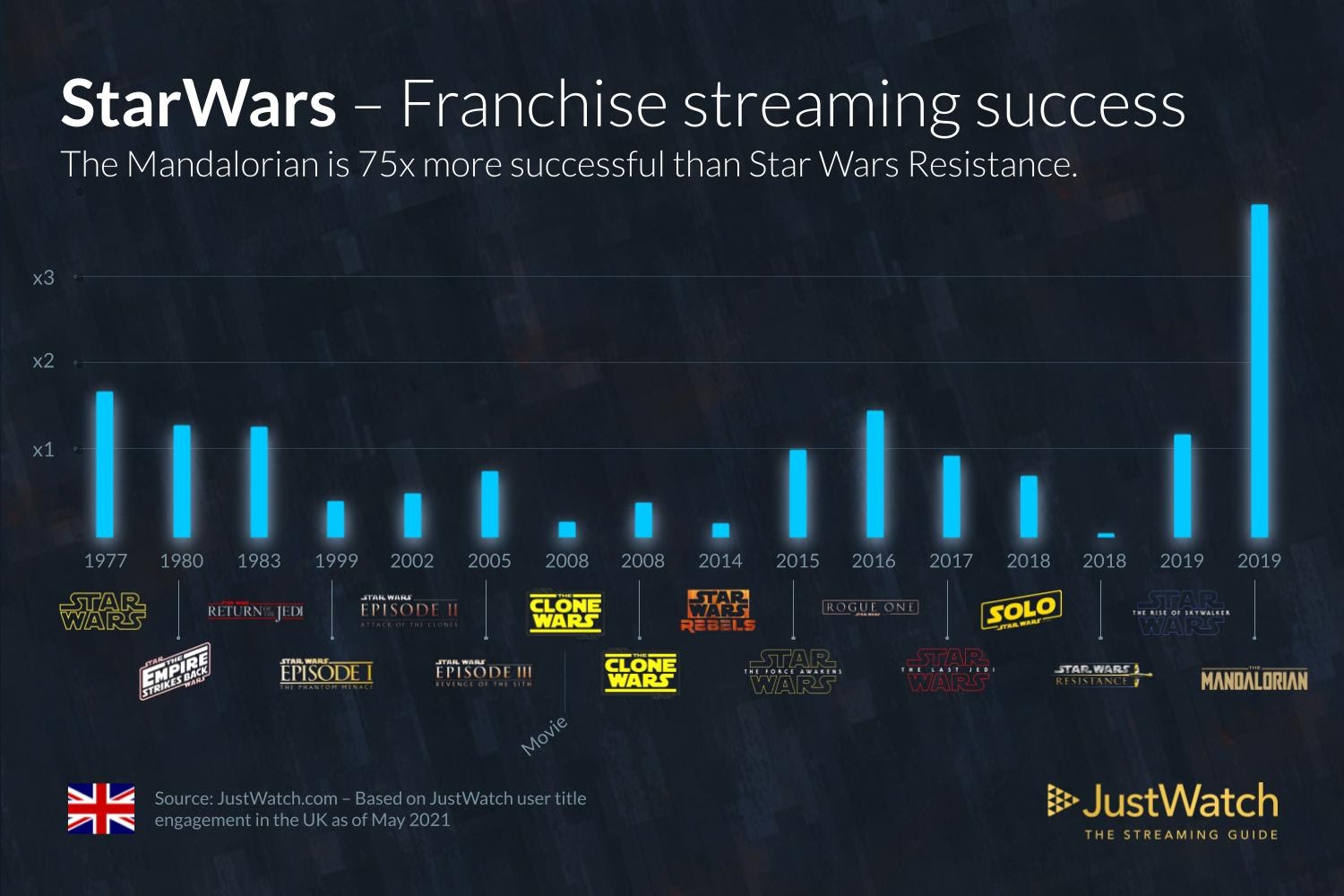