BT has launched Hope United, a squad of athletes from across the four Home Nations who have come together to unite the nation in tackling online hate.

Comprised of male and female players from England, Wales, Scotland and Northern Ireland, drawn together by their own experiences of online hate, Hope United will drive more support for change and educate the nation on how to protect themselves and be good digital citizens.

Recent YouGov research as part of the first phase of the campaign, Draw The Line, revealed that 1 in 10 people have received online abuse in the past year.  Created ahead of the UEFA European Football Championship this summer, the squad will champion hope, inviting the nation to stand together against hate. 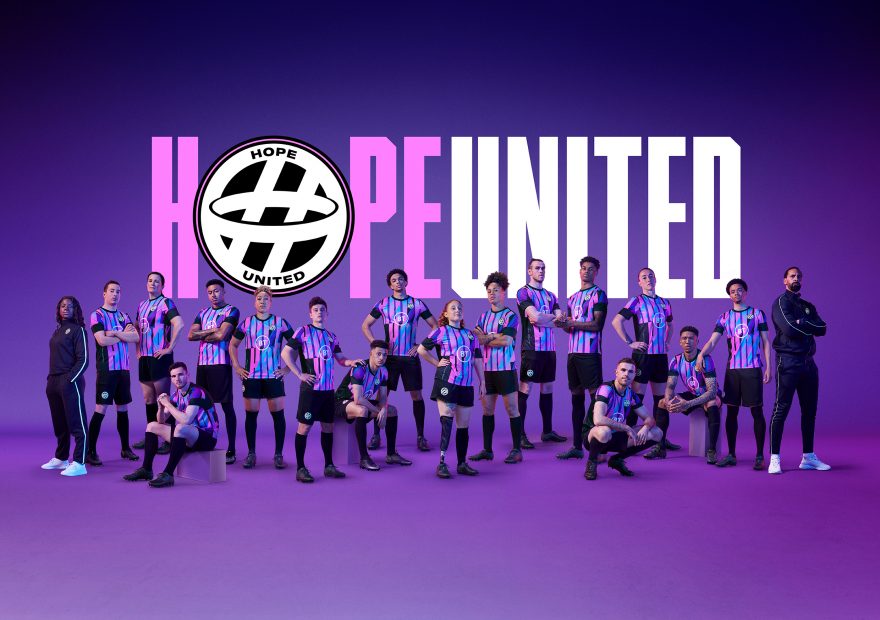 Managed by Rio Ferdinand and Karen Carney, Hope United will feature a squad of footballers who, drawing on their own experience of online hate, will feature in BT Tech Tips content, free resources helping to give people the digital skills they need to tackle hate online.  These will cover the following areas and will be launched across the first two weeks of the campaign:

Marc Allera, CEO of BT’s Consumer Division commented, “With the European Championships on the horizon, all eyes will once again be on the footballing world and with the inevitable online hate that comes with this BT is taking action. Our mission is to connect for good and Hope United will galvanise the nation to make a stand against social media hate, providing people with the necessary tools not only to understand the devastating effects of online hate, but also to show them how to be part of the solution. It’s part of our commitment to help 25 million people to make the most of life in the digital world through our Skills for Tomorrow programme. That is why this summer, and as lead partner of the Home Nations, we are asking the country to make Hope United their second team. If everyone stands together, unified through both words and action, hope will emerge victorious over hate.”

Ferdinand commented: “My work, both on and off the pitch, has taught me that there is no hiding place from social media abuse. Passions run high during big football tournaments and having seen the devastating effect that can result from online hate first-hand, it is more important than ever that sport unites to combat it. I am delighted to have been appointed the manager of Hope United.  I’m proud to head up a team of players from across the Home Nations who want to work together in a bid to rase awareness of online hate and encourage people to spread positivity and hope ahead of the Euros this summer.”

Jordan Henderson commented, “Some believe that social media abuse is an inescapable part of life for footballers, and Hope United want to show that this does not have to be the case. It is great to see footballers from England, Scotland, Wales and Northern Ireland join together with BT in a bid to give people the digital skills they need to understand how they can be part of the solution against online hate, particularly at a time when interest in football will be at its peak.”

Hope United will contribute towards BT Skills for Tomorrow’s target to reach 25 million people with the skills they need to make the most of life in the digital world. In line with BT’s purpose to Connect for Good, the new ambition aims to help more people across the UK have the skills they need to stay connected, tackle the digital divide and support the UK’s economic recovery.