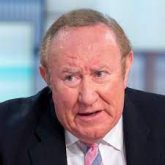 Journalist and broadcaster Andrew Neil is set to return to a regular TV gig with a new current affairs show on Channel 4 starting in May.

Neil, who left the GB News channel he helped to set-up after just a few days, will examine the biggest events of the moment and feature interviews with politicians and newsmakers on Sunday Politics with Andrew Neil (working title). The half-hour programme will be broadcast every Sunday evening and will be produced by ITN Productions and Channel 4 News. It will also be accompanied by a weekly podcast.

Neil said: “I’m honoured and delighted to be presenting a new Sunday night political show for Channel 4. Sunday night is a pivotal point in the political week — we can sweep up what’s happened in the previous week, mop up what’s been in the Sunday papers and talk shows and throw forward to the upcoming week. We’ll aim to do all of that and more.”

Louisa Compton, Head of News & Current Affairs & Specialist Factual & Sport, Channel 4, said: “I’m delighted to be bringing Andrew Neil to Channel 4 at a time where politics forms such a huge part of our national conversation. Andrew’s new show will deliver big name politicians answering the questions the public want to hear. It’s another example of our huge commitment to public service journalism and current affairs at Channel 4.”

Ian Rumsey, Managing Director, Television at ITN Productions, added: “We’re delighted to be working with Andrew and Channel 4 on this new show. If ever there was a time when Britain needed forensic questioning, brilliant political insight and to hold those in power to account it’s now. And there’s no finer broadcaster to do that.”