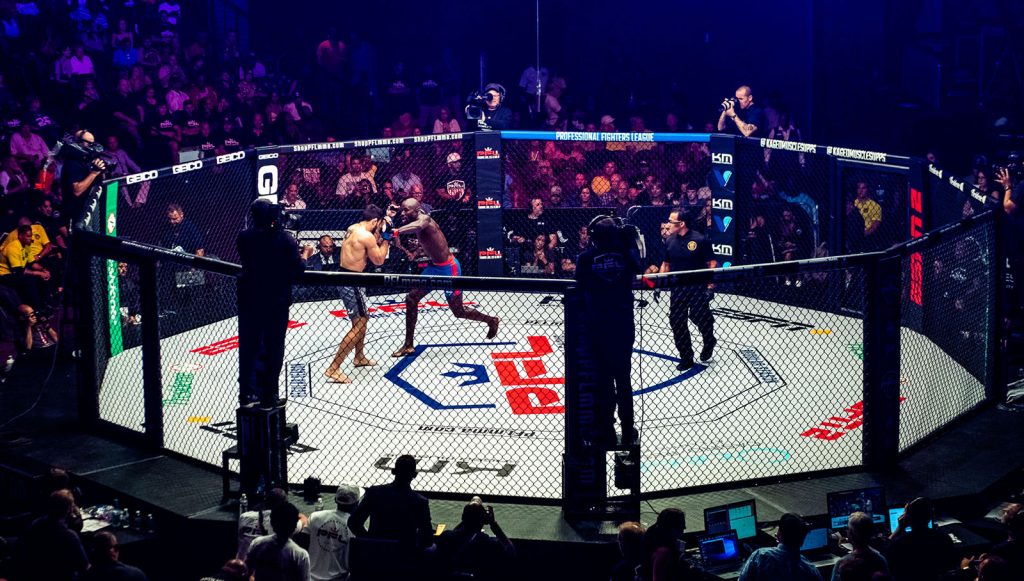 The Professional Fighters League (PFL) has announced a partnership with Verdict MMA, the global fight scoring and prediction app, for the 2022 Season. Combat sports fans around the world will be able to add round-by-round scoring for the main card bouts which will be integrated into the broadcasts on ESPN networks and streaming platforms.

This marks the second consecutive year PFL will partner with Verdict to deliver a premium experience to fans across the globe and let their voices be heard through the television broadcast. Verdict MMA offers the fight community the ability to engage with one another before, during and after bouts by predicting fight outcomes, live scoring of the action and enabling lively post-fight debate.

Verdict has since raised a seed round to bring further innovation, alongside the PFL, to the MMA space. They’ve since launched bespoke editorials on their website and have worked with familiar names. The Verdict app continues to top the charts during fight nights. They’re looking to enhance the MMA viewing experience even more with a big release in the near future.

“Our extended partnership with an innovation leader such as Verdict represents the PFL’s commitment to giving fight fans around the world premium MMA experiences,” said PFL CEO Peter Murray. “Their cutting-edge technology brings audiences closer to the action than ever before and allows them to have an active role in each PFL Season event.”

“The PFL is committed to giving fight fans the best fight night experience — a perfect symbiotic relationship given both of our missions. Our partnership speaks volumes about their willingness to innovate in all details of their broadcast. We’ll be bringing much more to our platform this year for the PFL. We’re absolutely thrilled for the 2022 season.” said Verdict CEO Sanjay Thakur.