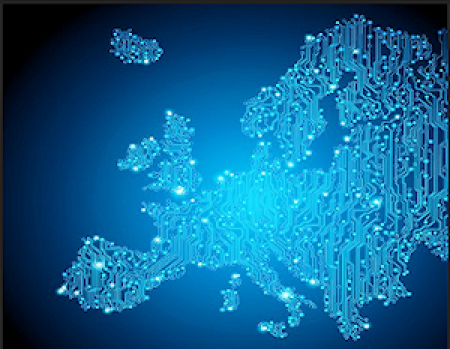 Currently, tech giants do not contribute a fair share to the deployment of telecom networks, while generating network-related costs of tens of billion euros, notes telecoms trade body ETNO, who suggests this weakens Europe’s capacity to swiftly achieve connectivity targets.

Europe has the objective to achieve gigabit connectivity and 5G for all by 2030. The report, prepared by international consulting firm Axon Partners Group Consulting, shows that European telcos have invested over €500 billion in fixed and mobile networks in the past 10 years. On the contrary, the top 6 tech giants have generated over 55 per cent of all telecom networks’ traffic, but they have made “little or no financial contribution to the development of national networks”.

The report finds that European telcos are currently unable to recover these costs due to asymmetric bargaining power favouring big tech as well as the lack of a level regulatory playing field: essentially, Internet traffic markets are unbalanced. The report also refers to newly unveiled data by consulting firm Frontier Economics, which estimates that traffic driven by tech giants alone could generate network costs of at least €15 billion, if considering incremental costs, or of at least €36 billion, if considering total costs.

The report shows that this unbalance has consequences. First, this contributes to making European telcos financially weaker, which impairs their ability to speed up gigabit roll-out: for example, the total market capitalisation of Europe’s top eight telcos is €0.24 trillion, as opposed to €7.11 trillion for the top 6 tech giants. Second, Quality of Service and innovation could be improved with more investment. Last, in absence of meaningful contributions by tech giants, the shift to greener networks is slower, with impacts on CO₂ emissions.

Axon estimates that, taking as a reference an illustrative annual contribution of €20 billion to network costs by tech giants, the European Internet ecosystem could unlock significant opportunities. Up to €72 billion could be added to GDP and 840,000 jobs created in 2025. Similarly, energy consumption for the sector could be reduced by 28 per cent and the carbon footprint would shrink by as much as 94 per cent.

“Urgent and targeted regulatory action is required to address serious imbalances in Internet traffic markets and unlock socio-economic opportunities for citizens and businesses,” says ETNO. “This should be done within the framework of Europe’s Open Internet principles, while ensuring that all consumers continue to benefit from the full extent of ever-evolving network access and quality.

According to the Report, solutions could build on introducing a clear obligation to negotiate with Internet Service Providers. This would help ensure the fairness of commercial negotiations with big tech companies, who currently enjoy disproportionate bargaining power. The measures would be in the spirit of the newly established Digital Markets Act, while potentially building on principles in existing EU frameworks such as: the Electronic Communications Code, the Broadband Cost Reduction Directive and dispute resolution mechanisms (e.g., the ADR in the Copyright Directive or in the EU approach to Essential Patents).

“The EU has been determined in tackling power imbalances in the online and tech space,” notes Lise Fuhr, Director General of ETNO. “With today’s report, we want to launch an open dialogue with policymakers, consumers and tech companies on how to address the specific imbalances in internet traffic markets. This is not a technical issue: it is about our ability to put Europe at the forefront of the global 5G and FTTH race.”

“The European Commission has recently acknowledged the need to develop adequate frameworks for tech firms to contribute their fair share to the development of telecoms infrastructure,” adds Alfons Oliver, Partner of Axon. “Time has now come for EU legislators to make it happen, unlocking the important benefits this will bring to European society.”

“I think there is an issue that we need to consider with a lot of focus, and that is the issue of fair contribution to telecommunication networks,” Margrethe Vestager, Executive Vice President of the European Commission for A Europe Fit for the Digital Age, told a news conference.

“Because we see that there are players who generate a lot of traffic that then enables their business but who have not been contributing actually to enable that traffic. They have not been contributing to enabling the investments in the rollout of connectivity,” she noted, adding that the Commission was in the process of getting a “thorough understanding” of how could that be enabled.