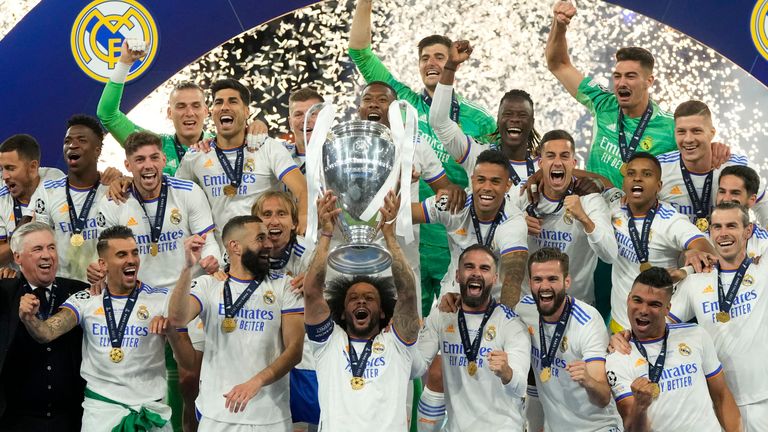 As Real Madrid won their fourteenth Champions League title on May 28th, Three UK’s network experienced a record-breaking night of its own with a new all-time data peak.

The 5G network saw data peak at 1068 Gbps between 21:00 and 21:15 during the match as record numbers connected to watch the Champions League final.

In Three’s Mobile Britain 2022 report, released in March, data showed that 81 per cent of monthly peaks in the last two years were driven by football matches. However, none achieved as high a peak as the 1068 Gbps the network carried during the Champions League Final.

The following day brought another record for Three as the network reached its highest daily volume of all time. In total, 7408TB of data was consumed on the network throughout May 29th, driven by an uplift in Netflix usage on the network. Traffic on the streaming service peaked 24 per cent above the previous week, coinciding with the release of the fourth season of Stranger Things.

Mobile Britain 2022 showed that May 29th had become the most popular day for users to stream their favourite TV shows and films. Sundays were the peak usage day for four of the first eight weeks of this year, having grown in popularity in each of the last five years. A third of people say they are now more likely to watch TV or a film on a Sunday than they were 5 years ago.

Commenting on the data surges, David Hennessy, Chief Technology Officer at Three UK, said: “Whether it’s enjoying live sport, or bingeing the latest much-watch series, our customers are streaming more than ever. Last weekend saw record-breaking levels of data consumed on our network. We can expect more data peaks in the months ahead, that’s why we are continuing to invest over £2 billion in improving 4G and rolling out 5G to all four corners of the UK.”