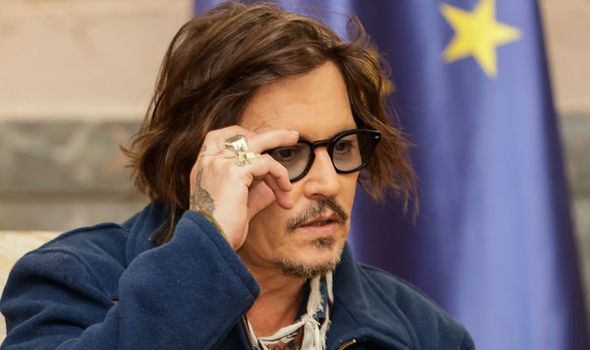 Warner Bros Discovery UK has announced three new commissions for discovery+ as part of its ‘vs’ format launched in December 2021 with Johnny vs Amber: a two-part documentary which explored Depp’s defamation trial in the UK High Court with explosive evidence, intimate personal archive and in-depth interviews from both legal teams.

Following the success of the access-driven format, currently ranked as the top discovery+ acquisition driver in the UK with strong engagement levels across the US, EMEA and international markets, Warner Bros Discovery UK will again partner with Optomen TV to produce a follow-up to Johnny vs Amber focused on the recent and very high-profile legal battle, this time in the US.

In March 2019 Depp filed a lawsuit against his ex-wife for $50 million over an op-ed she wrote for The Washington Post in 2018. In the article, she referred to herself as a public figure representing domestic abuse. Whilst not named in the piece, Depp who has denied accusations of abuse, claims this damaged his reputation and career. Heard subsequently countersued Depp for $100 million, with her legal team accusing him of orchestrating a “smear campaign” against her.

The newly commissioned two-part discovery+ documentary will again look at the extensive evidence and testimony of both Depp and Heard. Each episode will present one side of the argument through legal teams, friends, family and key witnesses allowing discovery+ viewers to decipher the story behind the headlines in this complex case centered on the difficult and important issue of domestic abuse.

In addition to the follow-up to Johnny vs Amber, discovery+ has also greenlit two further ‘vs’ series: Coleen vs Rebekah and Britney vs Jamie.

Coleen vs Rebekah will examine the recent UK court battle between high profile footballers’ wives Coleen Rooney and Rebekah Vardy. In October 2019, Rooney discovered someone was leaking personal information to The Sun newspaper and, determined to identify who was responsible, she posted a series of fake stories on her private Instagram. In an explosive and very public display, Rooney subsequently announced via social media that Vardy was the source. Vardy, who has maintained her innocence throughout these claims, sued Rooney for defamation resulting in one of the biggest celebrity showdowns of recent years.

At the end of 2021, global pop star Britney Spears announced to the world that she had broken free from her controversial 13 year conservatorship after her father Jamie Spears was suspended as her conservator.  Now she has indicated she may press charges against her father for financial corruption and conservator abuse. Britney vs Jamie will look into the truth behind the headlines, accusations and very public family feud, examining a vast archive of media interviews and appearances, photos, social media posts and legal testimony from this extraordinary case.

Clare Laycock, SVP Planning & Insights, Head of Entertainment, Warner Bros Discovery UK, said: “When we commissioned Johnny vs Amber for discovery+, we knew that we were tackling a very sensitive case but one with huge global profile and interest that would resonate with our audience. Since it premiered in December last year, Johnny vs Amber has been one of the most successful unscripted discovery+ Originals, currently the number 1 acquisition driver in the UK as well topping engagement figures and traveling globally across the US, EMEA and our wider international markets. We are delighted to partner with Optomen TV to bring another Johnny vs Amber two-part documentary to discovery+ later this year, this time focused on the recent US trial, and to expand the ‘vs’ format further with two more huge cases of interest in Coleen vs Rebekah and Britney vs Jamie. This unique format examines each side of the story as played out in the legal trials and the court of public opinion, with access to opposing legal teams, witnesses, reporters as well as personal archive and testimony to give viewers insight into both sides of some of the most widely debated and high profile celebrity cases.”

Nick Hornby, Co-CEO at Optomen TV, added: “The discovery+ ‘vs’ format allows viewers to make up their own minds about some of the most reported stories of our times, and will offer an in-depth look at them from both sides.”

The three new series will drop on discovery+ in the UK later this year with details on the international roll-out to follow.