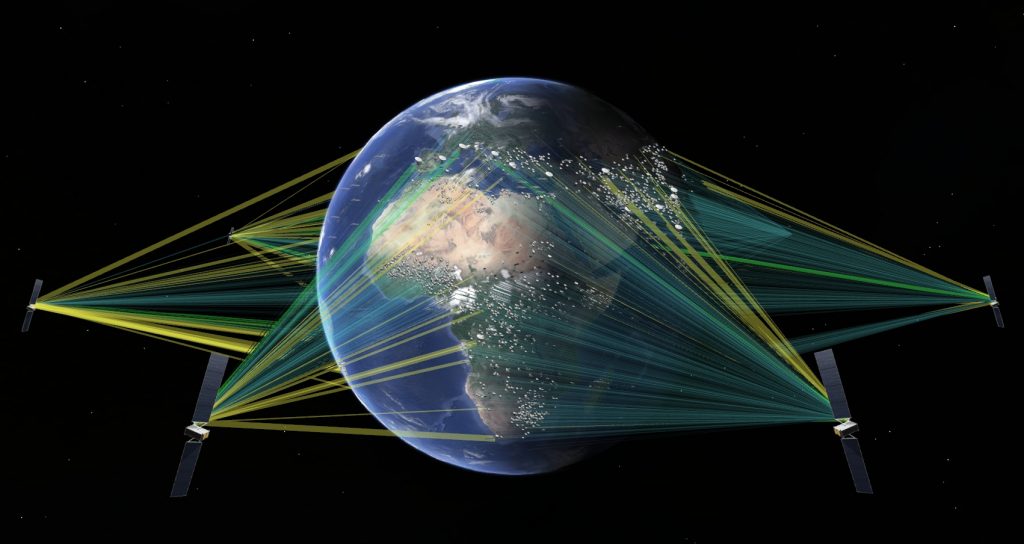 The important addition to the SES fleet of satellites by its new mPOWER medium Earth orbiting craft has again been delayed.

The news, perhaps linked with the reports that SES was in discussions with arch-rival Intelsat over a possible link-up, didn’t help the SES share price, which crashed 9.2 per cent in early trading on August 4th to €7.04 per share. The fall represents a 15.5 per cent tumble in the past 30 days.

SES CEO Steve Collar, speaking to analysts following the operator’s half-year numbers, said the entry into service of the first batch of mPOWER satellites has slipped from Q1 to Q2 2023. No actual launch date was given such is the pressure on launches, although tentative launches are scheduled to start for the first six mPOWER satellites during Q4 in 2022.

SpaceX is contracted to launch these first six craft. Two mPOWER craft will then be launched during 2023 and the final three launched in 2024.

SES is anticipating the O3b fleet with mPOWER in place (and with SES-17 already working) being worth $930 million [€913m] (up 16 per cent) in confirmed contracts. Collar says that when the mPOWER fleet is in place, he expects 40-50 per cent of their capacity – and revenues – to be booked by government clients. He said the slight delays meant a degree of patience but there were ten years of revenue ahead and that mPOWER was a “game changer” with the overall revenue trajectory still being solid.

Collar stayed with a generic response to the reports of consolidation. He said he had “no comment” on the Intelsat merger rumours, although he repeated his previous comments that consolidation was good for the industry and rationalisation was good.