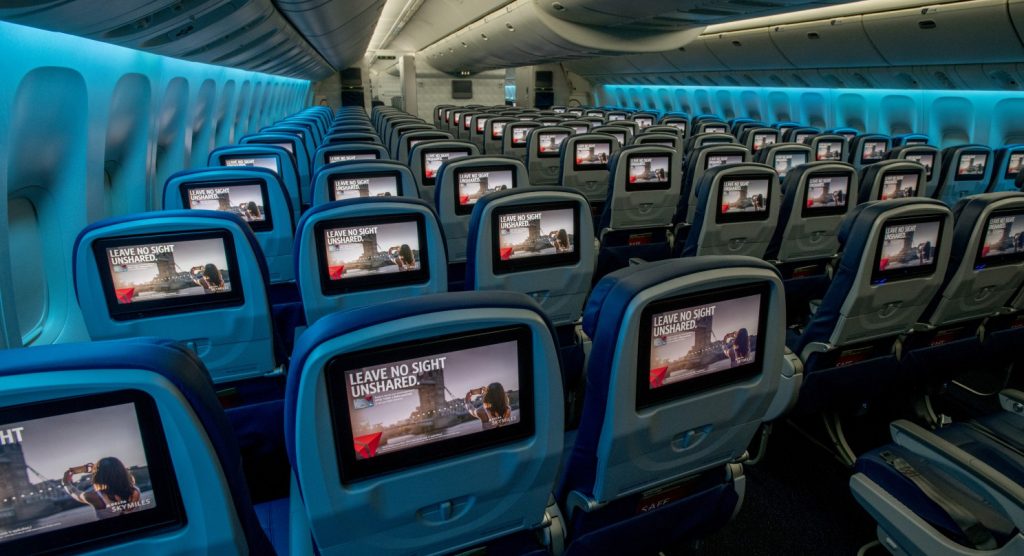 Analysis by space consulting and market intelligence firm Euroconsult shows a 10 per cent increase in the number of commercial aircraft connected to in-flight services compared to 2020, totalling 9,900 planes by the end of 2021. Within the next decade, the number of aircraft using such services is expected to double to more than 21,000.

In its analysis, titled Prospects for In-Flight Entertainment & Connectivity, Euroconsult says a strong year-on-year performance for 2021 contrasts with previous uncertainties in the aviation industry and its supply chain, one of the most seriously affected by the pandemic.

Data in the report reveals in-flight connectivity (IFC) service providers continued to equip aircraft through 2021 and, while not returning to pre-2019 levels, IFC showed strong signs of uptake in the year with 120 commercial airlines offering in-flight connectivity to passengers with a total bandwidth capacity consumption rising to an unprecedented 24 gigabytes per second.

The pandemic acted as a catalyst for a series of service provider mergers and acquisitions, with more expected in the coming years. As a result, providers emerged from a turbulent period of financial restructuring in a favourable position to pursue new contracts, with as many as two dozen signed by the end of 2021 involving the equipping of a combined total of 1,500 aircraft.

Overall, the report anticipates a positive trend up to 2031, thanks to a convergence of rising consumer demand and increasingly greater bandwidth availability. For airlines, the drawn-out resumption of long-haul flights, the return to service of the Boeing 737 Max and the diversification of service providers will all contribute to increased IFC consumption.

Service providers will, however, have to contend with evolving technologies that are likely to drive down capacity pricing. The adoption of competing satellite constellation architectures, expected to significantly advance post-2025, will lead to an upsurge in bandwidth availability as satellite operators switch to new generation satellites. However, the availability of new capacity, combined with increases in bandwidth demand as the airline industry returns to normalcy, could lead to bandwidth congestion in heavy air traffic regions like the North Atlantic Ocean.