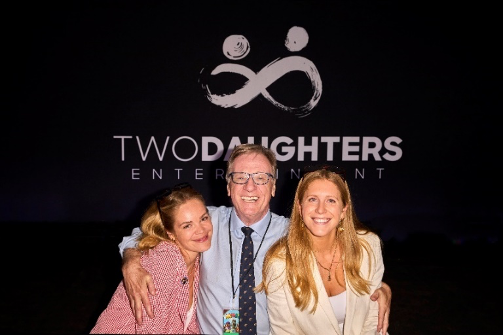 At the same time, Poland’s TVP, has also taken the rights to the series and the 30-minute special Master Moley: By Royal Invitation.

Originally the brainchild of entrepreneur James Reatchlous, Moley started as a bedtime story for his two daughters and has since seen rapid global demand. Targeted at preschoolers and their families, Reatchlous was determined to bring Moley “to millions of children worldwide”. Succeeding in his mission, the award-winning[1] Moley now airs in over 140 countries and is shown on Warner Media’s channel Boomerang across EMEA.  With Britain’s creative industries referenced as “some of the unsung glories of the economy” at a recent Confederation of British Industry conference, Moley is following in the footsteps of Shaun the Sheep, and Bob The Builder and is helping to pave the way for British entrepreneurship, vision, imagination, and innovation within the tough-to-crack global market.

Alongside the latest distribution deals, Two Daughters Entertainment Ltd has also bolstered the production team with a roster of Hollywood talent. Currently working on a slate of three brand new entertainment properties to be produced and released over the next five years, Two Daughters Entertainment has welcomed executive producer Bonnie Arnold (Walt Disney Feature Animation, Pixar Animation Studios, DreamWorks Animation, Toy Story, How to Train Your Dragon), who will work alongside producer Tony Nottage (Saving Santa, Moley, Master Moley) and director Leon Joosen (Space Jam, Muppet Babies, The Little Mermaid, Scooby-Doo). The company also recently appointed Andreea Spasova, who has over fourteen years of experience in kids’ entertainment at Warner Media, as its Head of Marketing and PR. The company would not disclose more information on the three properties they are currently developing other than they are going to be of a similar cinematographic and talent quality as Moley.

James Reatchlous, Founder and Managing Director at Two Daughters Entertainment, commented: “I never dreamed that the bedtime story I told my two daughters would come to life and turn out to be such a success. I am very proud of how far we have come with Moley and very excited to now work on three more animated shows which I think will really surprise and wow the industry.”

Jetpack’s CEO, Dominic Gardiner, added: “It’s a great privilege to be taking Moley to China. The show has some truly universal themes, funny, engaging and enticing for kids and families across the world.” He adds: “China is an exciting market, with huge potential and we are very pleased to be working with Jetsen Huashi, a brilliant partner to help us bring more shows to this part of the world. We are also proud that the show will air on TVP, further cementing its popularity in Europe, and highlighting its appeal for PSBs.“